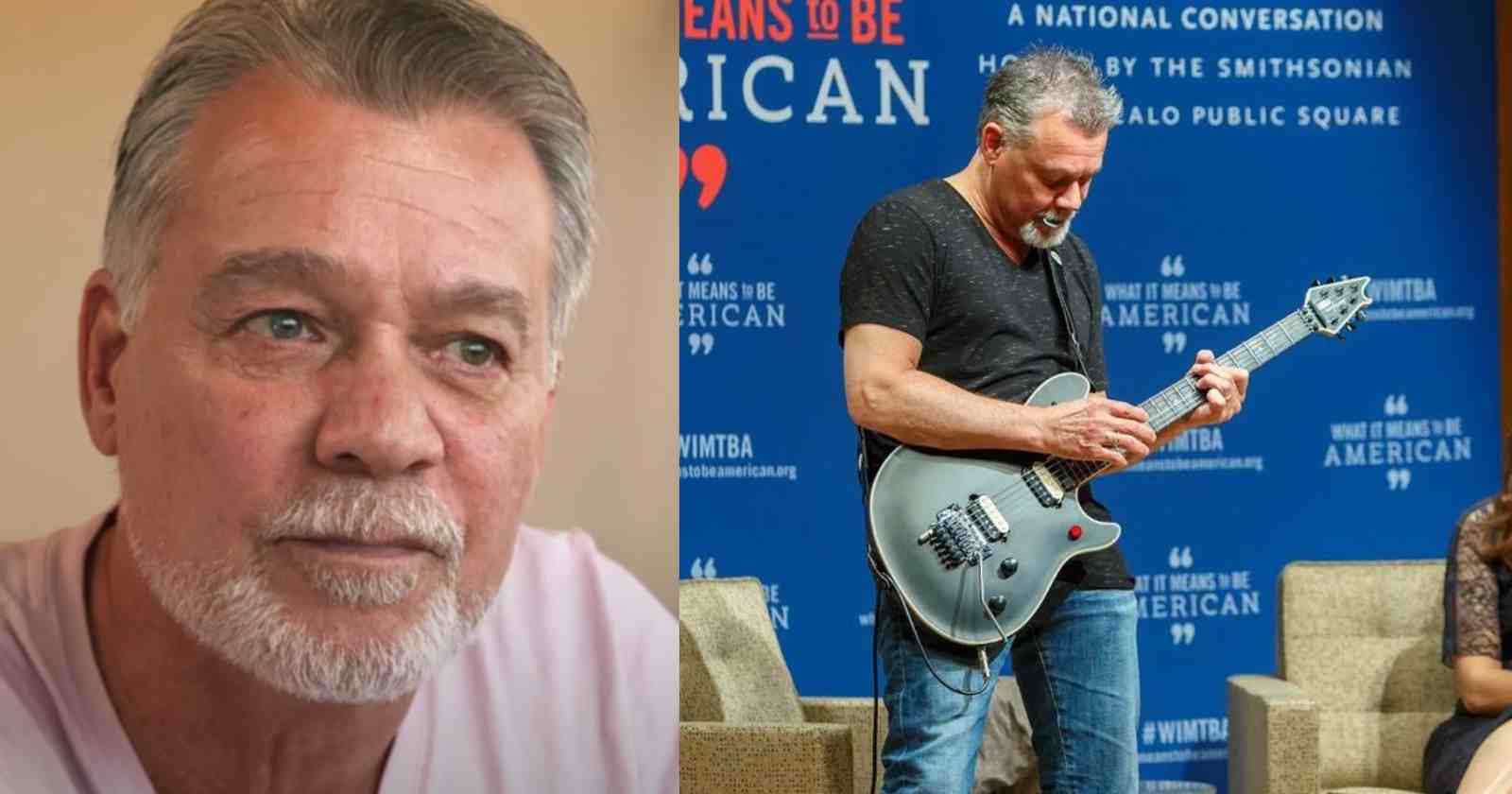 Considered one of the best guitarists of all time, Eddie Van Halen died to soon at the age of 65, after a long battle with cancer back in 2020. During his career he inspired millions of players worldwide with his music and in some interviews he gave advices for aspiring guitarists and about life.

The 3 advices that Eddie Van Halen gave to aspiring guitarists:

Know that ‘there are no rules’

In an interview with Music Radar back in 2016, Eddie Van Halen stated that there were no rules to be followed and the player should have that in mind: “Obviously, enjoy doing what you’re doing. Bottom line is, you’ve gotta love what you’re doing. There are no rules. I think it’s funny when people take all these music theory classes, it’s exactly that. It’s theory. You know? You have 12 fucking notes, the 13th one is the octave, do whatever you want with them. It’s really that simple. There are no mistakes: I call those passing notes! [laughs]”

Eddie also believed that bad music don’t exist as he said in an interview with Guitar World back in 2013, “Music is not the Olympics. It’s not a sport; it’s a form of expression. There is no such thing as bad music. There may be music that you personally don’t like, but if you don’t like it, don’t listen to it and shut the fuck up! Don’t listen to it and complain about it. There’s lots of music that I don’t care for, but you can’t say it’s bad. That’s subjective.”

If you make a mistake, do it twice

An advice that according to Eddie was the best one he ever been given was from his father Jan van Halen, who used to tell him in Dutch (Since they were from Holland) and he passed it on to his son Wolfgang Van Halen. The advice was that was that if you ‘make a mistake, you should do it twice’.

Eddie recalled this story in a video recorded to Esquire Magazine back in 2013, when the magazine celebrate its 80th birthday: “The best piece of advice I’ve ever been given was probably from my father at an early age when we were making music and I would make mistakes and I would ask him ‘What do you do?’ and he goes ‘just keep pedaling it through, don’t stop and don’t let the audience know you’ve made a mistake or smile and do it twice, then people will think you meant it”.

You can learn from everybody what to do and what not

Eddie was interviewed by Zócalo Public Square during the event “What it Means to Be American” at the Smithsonian’s National Museum of American History back in 2015 and there he recalled another advice his father gave him and he adopted: “He always used to say to us was that ‘you can learn from everybody what to do and what not, mostly watch people for what not to do'”.