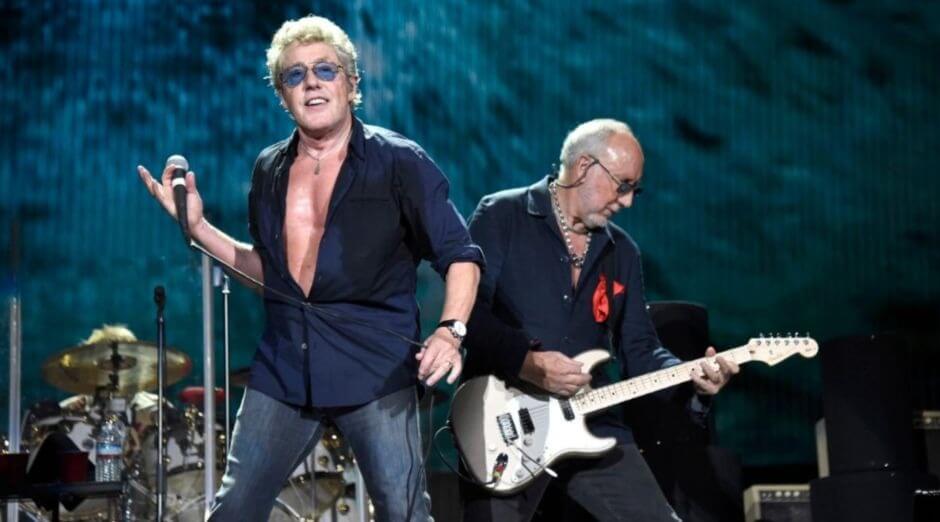 The Who is one of the best rock bands of all time with many great songs and singer Roger Daltrey revealed in an interview back in 2002 with Uncut Magazine the band’s 20 greatest songs and explained why.

The 20 best The Who songs according to Roger Daltrey:

“Well, it’s that thing – ‘I got a feeling inside, I can’t explain’ – it’s rock’n’roll. The more we try to explain it, the more we crawl up our own arses and disappear! I was very proud of that record. That was us, y’know – it was an original song by Pete and it captured that energy and that testosterone that we had in those days. It still does.

“We were doing this feedback stuff, even before that. We’d be doing blues songs and they’d turn into this freeform, feedbacky, jazzy noise.”

“I have got a stutter. I control it much better now but not in those days. When we were in the studio doing ‘My Generation’, Kit Lambert came up to me and said ‘STUTTER!’ I said ‘What?’ He said ‘Stutter the words – it makes it sound like you’re pilled’ And I said, ‘Oh… like I am!’ And that’s how it happened.”

“I still couldn’t find that voice on songs like ‘Substitute’. I found it very, very difficult to sing pop. My voice was very gravelly. I couldn’t identify with it, whatever the hell it was. Pop was alien to me. I didn’t really find my voice until we got to Tommy,” Roger Daltrey said.

“It seemed to me as though Pete was being guided into these big ideas about rock operas by Kit Lambert because Kit’s father was Constance Lambert, the founder of Sadler’s Wells and a very famous English composer.”

“I remember when I first heard ‘Happy Jack’, I thought, ‘What the fuck do I do with this? It’s like a German oompah song!’ I had a picture in my head that this was the kind of song that Burl Ives would sing, so ‘Happy Jack’ was my imitation of Burl Ives!”

“When Kit and Pete came in and said this is the next single, yeah, straight away I saw the words and knew what it was about. So I deliberately thought I’d sing it the opposite way, with complete innocence.”

I Can See For Miles

“I think it’s one of the best-produced singles we ever did. We spent literally a whole day putting down layer and layer of harmonies on the ‘miles and miles’ section. I always loved that song and you listen to the drumming on it, it’s extraordinary – like a steam engine.”

“ ‘Dogs’? Oh… [buries face in hands]… shit! That’s just bizarre. Actually, I’ll tell you what it is, it’s just Pete’s tribute to Ronnie Lane. He was such a lovely geezer, Ronnie, they were great guys, The Faces, all of them. But I think it’d have been better if Pete had just given the song to Ronnie in the first place. As a Who record, it was all a bit frivolous for me.”

“D’you know I can’t even remember recording ‘Magic Bus’. I must have been stoned on something! I don’t have a lot to say about that song but it’s strange, the fans love it because it’s a Bo Diddley riff, and that always worked. But I know John did find it very tedious,” Roger Daltrey said.

“Kit’s production on ‘Pinball Wizard’ is absolutely tremendous. The whole montage of sounds he got in emulating the pinball machine is extraordinary. I don’t think he got enough recognition for his work on that. Not necessarily the sound he got – because most of the time making Tommy we were out of our boxes, God knows what we were doing – but the actual arrangements and the ideas, the harmonies and the structures.”

“I was never ever fond of ‘The Seeker’. To sing that song, to me, was like trying to push an elephant up the stairs. I found it cumbersome, the first song we’d ever done where I thought, ‘Nah, this is pretentious.’ I haven’t heard it for so long that, to be honest, I couldn’t even tell you what it sounds like,” Roger Daltrey said.

“That big scream I did on ‘Won’t Get Fooled Again’ was totally instinctive, but it became kind of the focal point of the song. It pisses me off because I don’t get any royalties for it! But I hated it when they chopped it down.”

“Pete was going through a terrible bitterness about the fact that Kit Lambert and Chris Stamp hadn’t got behind making Lifehouse as a film. But the reason they didn’t get behind it was because they couldn’t get to grips with the narrative.”

“I remember when Pete came up with ‘Join Together’, he literally wrote it the night before we recorded it. I quite like it as a single, it’s got a good energy to it. But at that time I was still very doubtful about bringing in the synthesizer.”

“Ah, ‘Waspman’. Keith’s wonderful creation! That was hilarious. There’s a long story behind that track. It all happened on a flight from Copenhagen back to London. We hit some bad weather and, my god, I’ve been in some planes that have done some things in my time but this fucking plane was like a rollercoaster ride, it almost flipped over.”

“I was much more comfortable as a singer by Quadrophenia. Jimmy I found a really easy character to sing, but my main regret on that album is the recording process. Ron Nevison, who was the producer at the time with Pete, recorded it with echo on the vocal which can never be removed now.”

Who By Numbers is very dark because Pete was going through some terrible agonies, but I didn’t realise this at the time. He was also starting to write himself into a very cosy situation where nothing was shared, which put the rest of us in a very difficult position because you don’t want to upset a working apple cart.”

“We were getting incredible accolades from some of the new punk bands. They were saying how much they loved The Who, that we were the only band they’d leave alive after they’d taken out the rest of the establishment! But I felt very threatened by the punk thing at first.”

You Better, You Bet

“A wonderful, wonderful song. The way the vocal bounces, it always reminds me of Elvis. But it was a difficult time, yeah. The Moon carry-on was much harder than carrying on after John, because we’re more mature now.”