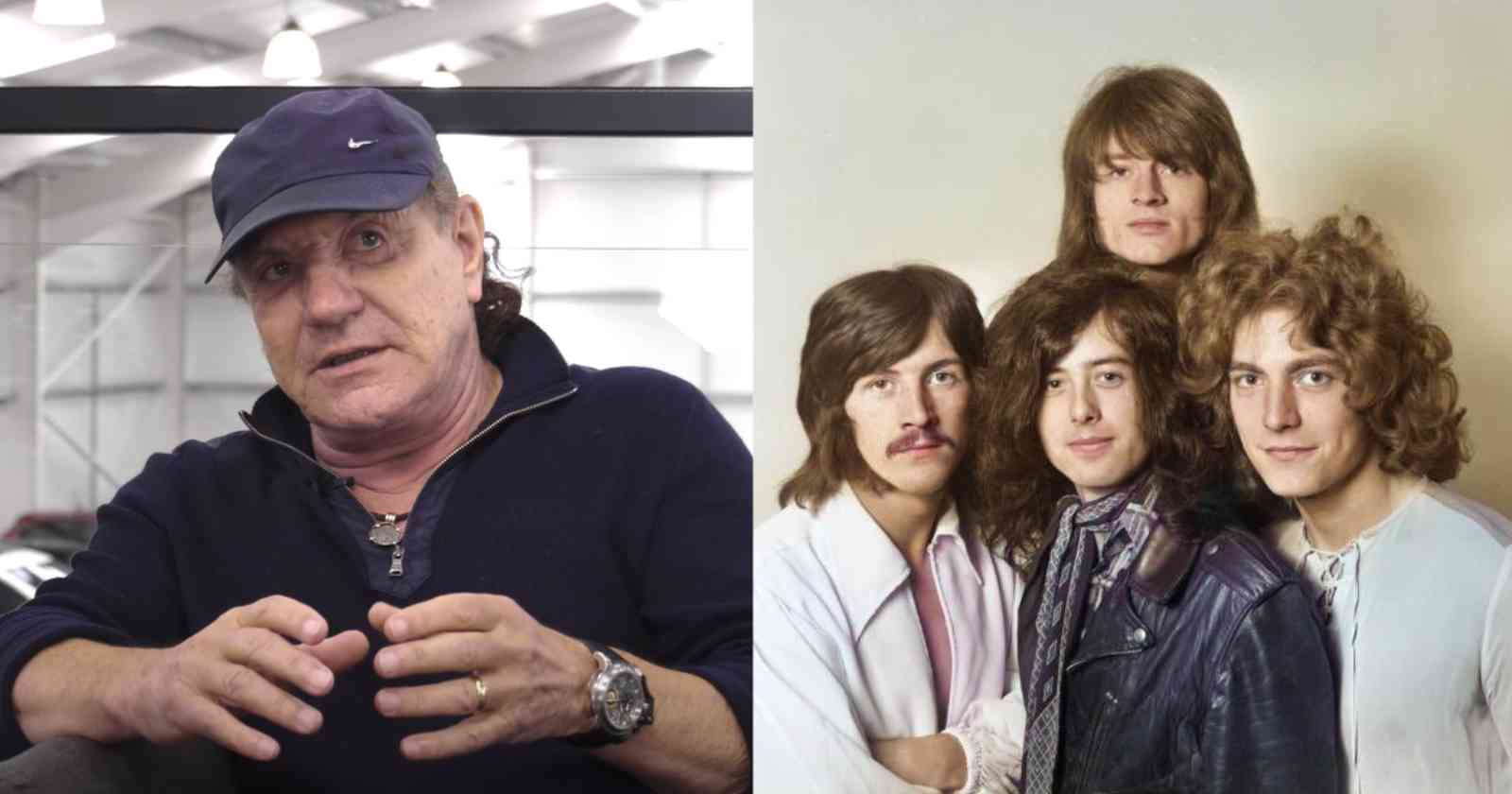 Formed in London back in 1968, Led Zeppelin was crucial for the birth and evolution of Hard Rock music and without them many other famous groups from the genre probably wouldn’t sound the same. Over the decades many famous artists talked about their love for the British band and one of them is the legendary AC/DC vocalist Brian Johnson. Rock and Roll Garage selected the two Led Zeppelin songs that the singer said that he likes.

The 2 Led Zeppelin songs that Brian Johnson listed as favorites

Talking with BBC Radio 2 on the show “Tracks Of My Years” in 2022 (Transcribed by Rock and Roll Garage) Brian Johnson revealed 10 songs that are some of his favorites of all time and also explained why he likes them so much. One of the those tracks is Led Zeppelin’s “Rock and Roll” that according to the musician was really important to show him the path he would take on his career.

“At the time, people were all doing those Rod Stewart and David Bowie voices, and they were getting all the gigs because they could copy the tunes. Bob Seger hadn’t really come out yet. But that was as close that I could get, which was what you wanted. Because if you could do covers for the clubs that’s what people wanted. They didn’t want to hear original songs.”

“It was hard and (I was thinking) ‘what the hell can I sing?’. Then even though it was ‘Black Dog’ the first one I heard, I remember the guy started rehearsing. I could sing up there. I couldn’t believe it and I went ‘I can do this! This is great’. Se we started doing it,” Brian Johnson said.

One of Zeppelin’s biggest classics “Rock and Roll” was released on the band’s fouth album “Led Zeppelin IV” released in 1971. That record also had famous tracks like “Black Dog”, “The Battle Of Evermore”, “Stairway To Heaven” and “Going To California”.

Besides being one of the most praised and successful singers of all time, Brian Johnson has another passions besides the music. The artist loves cars and even became a race driver a couple of years ago. Thinking about that, back in 2014, The Sunday Times asked him which were the best songs to listen while driving.

How his passion for cars begun

During a conversation with Absolute Radio back in 2010 (Transcribed by Rock and Roll Garage), Brian Johnson said that he thinks his passion for cars begun just because in the city he grew up there weren’t many cars back in the early 50s. So anytime he would hear or see one he would be impressed. “Well, it was through the lack of them, there wasn’t any, basically.”

“Back in 1952, in Dunston, there weren’t hardly any. Just to hear them, the engine running and seeing these driving somewhere. ‘I wonder where they are going, I wonder what thing they’ve got to do in a car’. I just had my bike (or) we just walked everywhere, and the bus, of course. It was just something magical about that. When you watched the movies and you would see the cars, it was just absolutely wonderful. I love the smell of them as well. I know that sounds terribly German, with the leather thing (laughs),” Brian Johnson said.

During the same interview he said that likes the cars the way the were designed and never makes any changes in them.