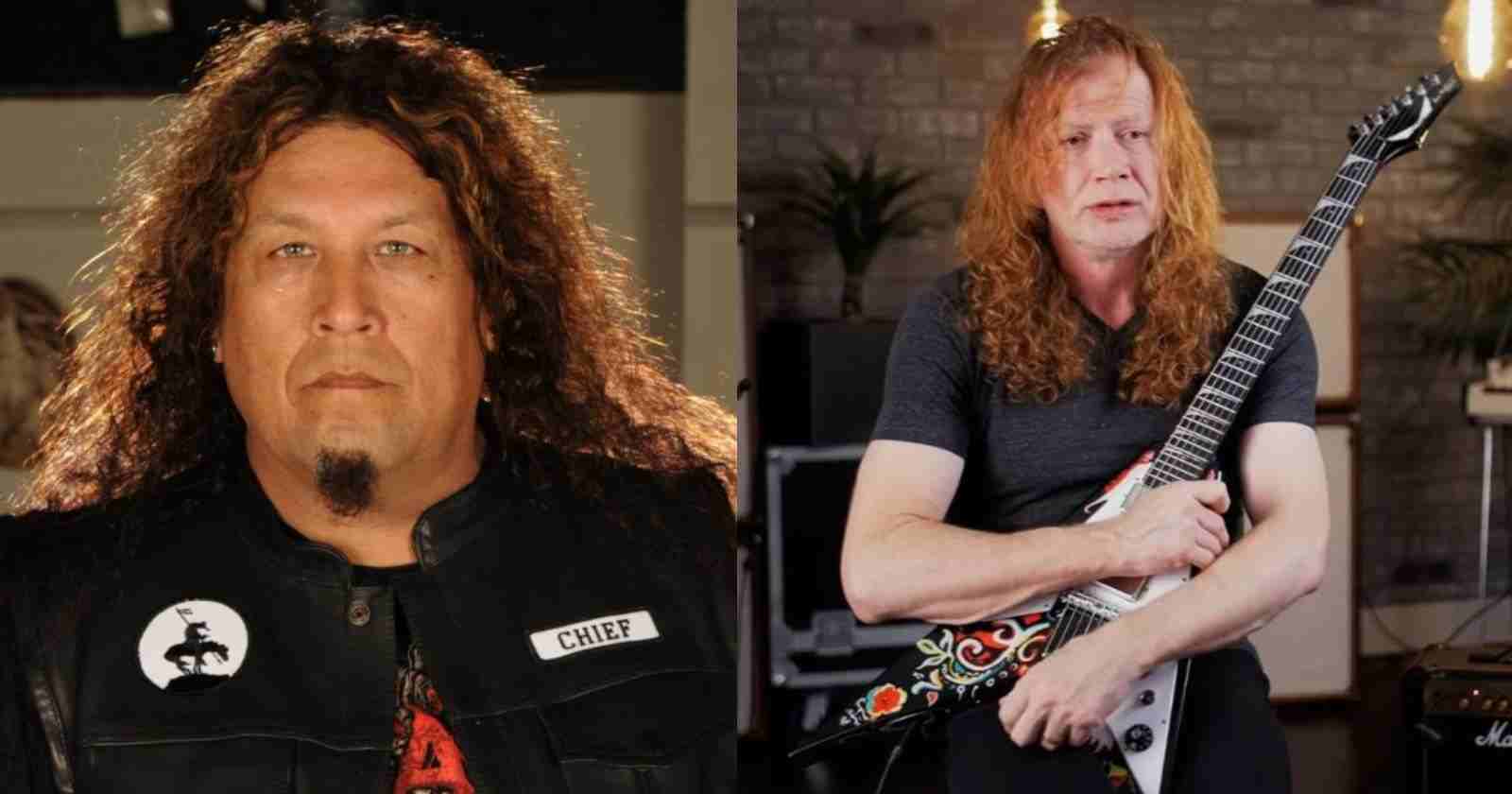 Testament singer Chuck Billy recalled in an interview with “No Fuckin’ Regrets With Robb Flynn” podcast when Megadeth’s Dave Mustaine tried to sabotage them during a tour with Judas Priest.

Testament singer Chuck Billy said about when Dave Mustaine tried to sabotage the band during a tour with Judas Priest:

“For the Priest tour, we decided we were gonna spend some time on production. We bought a big, fancy Voelker Rack drum set. We bought two new scrims, full-on backline — the whole deal. Nice-looking show. And we get to the first show, and Dave Mustaine sees us have it up, and he says we can’t use it.  We had a little problem the first week of the tour.”

“I was pissed, because we just spent all this money, and those were the days when they were hand-painted backdrops — these backdrops were 15, 20 grand; they weren’t cheap then. So we were, like, ‘We’re coming out to represent. Priest tour in arenas, man. We’re coming out.'”

“But Dave threw his weight around and said we can’t use all of our new stuff. So for the first week, we were, like, tails between our legs, playing. And all the guys in our band said, ‘Chuck, you seem to be friends with Rob (Halford). Go in there and tell him. He keeps telling you guys, ‘If you guys need anything, just ask.'” 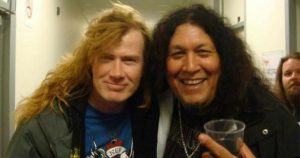 “Go in there.’ And I’d had it. And I said, ‘You know what? I’m gonna.’ So, I went in there. It was, like, three or four days into the tour. I go in the (Priest) dressing room. I said, ‘Hey, Rob. You got a minute? I need to talk to you.’ I go, ‘I don’t know who to talk to, but I’m gonna come to you. And if it’s your guys’ decision, hey, I’m down with it, but I thought I would just bring it up. We bought all this stuff for this tour to put on a nice show, and the Megadeth guy says we can’t play, ’cause they said you guys wouldn’t let us use it.'”

“And he was, like, ‘What? Who said that?’ Right there, he went and got his tour manager and said, ‘Get in here.’ [Rob] said, ‘Do you know anything about this? Them not letting Testament not use their gear?’ (The tour manager) says, ‘No.’ And [Rob] goes, ‘You make sure tonight they get the damn gear up there.’ So we had a full-blown show. And who comes sidestage to watch the show?”

“There goes Mr. Mustaine. Mr. Mustaine is standing there, just pissed off. He just had that look. We were looking over just, like, ‘Oh, yeah. Oh, yeah, Dave.’ We were putting it on, throwing it down. And that’s how that tour started. This was, like, our first step into an arena: ‘Oh, man. Maybe we’re making it. We’re doing it.’ And to get shut down the first time, we weren’t having it.”

About the experience of touring with Judas Priest, Chuck said:

“They always came in the dressing room, every day, and said, ‘How are you guys doing? Are you guys good? Do you guys need anything?'” he said. “And we were just too shy to ask. We did find out that they really were who they were. They stepped up and made it happen, and we had the full show the rest of the tour, man — and [full] sound at that point too.”