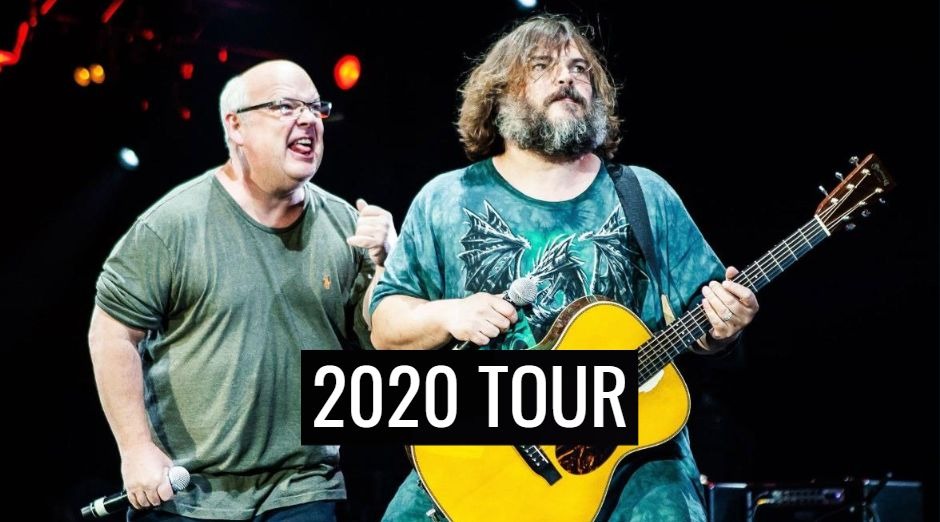 Jack Black and Kyle Glass are back on the road in 2020 playing all Tenacious D classics and promoting their latest album “Post-Apocalypto”. The band will play in Ireland, Germany, Luxembourg, Italy, Switzerland, Netherlands, Brussels, France and England.

Tenacious D was formed in 1994 when the members were still playing as an acoustic duo. The band gained popularity in 1999 when they starred in their eponymous television series and began supporting major rock bands. In 2001, they released Tenacious D, their first album with a full band.

The first single, “Tribute”, was the most successful of the band where it reached the Top 10, until it released “The Metal”, which was shown for the first time on Saturday Night Live. In 2006, he starred, and recorded the soundtrack, the film Tenacious D in The Pick of Destiny. In support of the film, the band went on a world tour, appearing for the first time with a full band.