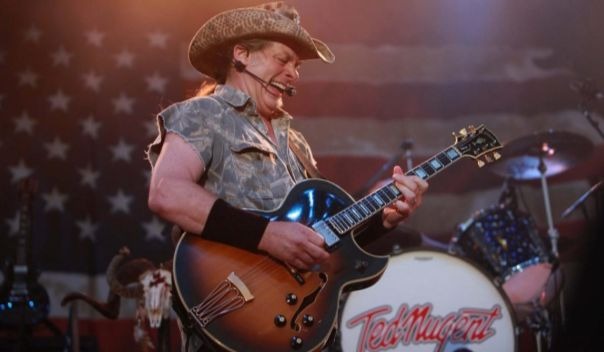 Guitarist Ted Nugent attacked once again Rock And Roll Hall Of Fame for failing to honor him so far. In an interview with Guitar World, he said that he is out of the museum because of his political thoughts and joked that he is ignored for “killing innocent animals”.

“Styx and Ted Nugent may not be in Hall Of Fame, but is Patti Smith? Look at the name: Rock. And. Roll. Hall. Of. Fame. I understand what those words mean – and they don’t include Grandmaster Flash, ABBA, Madonna … seriously? Can anyone explain it without laughing?” he said.

After being asked what he thinks keeps him out of Rock Hall, Ted Nugent joked with laughter, quoting his hunting habit: “I think it’s because I kill innocent animals.”

“The biggest of them is because I am a militant against drug abuse and I think everybody abuses them. That’s what I think, but when we talk about music, I leave aside all political, ideological, ethnic, sexual confusion issues. everything that is different from me has nothing to do with my love of music”, the singer said.

Nugent has attracted attention for his often controversial conservative political views, as well as his strident advocacy of hunting and gun ownership rights.

He is a board member of the National Rifle Association and a strong supporter of the Republican Party, and has made a number of controversial and threatening statements against advocates of gun control, in one case having the Secret Service investigate him based on comments about President Barack Obama.