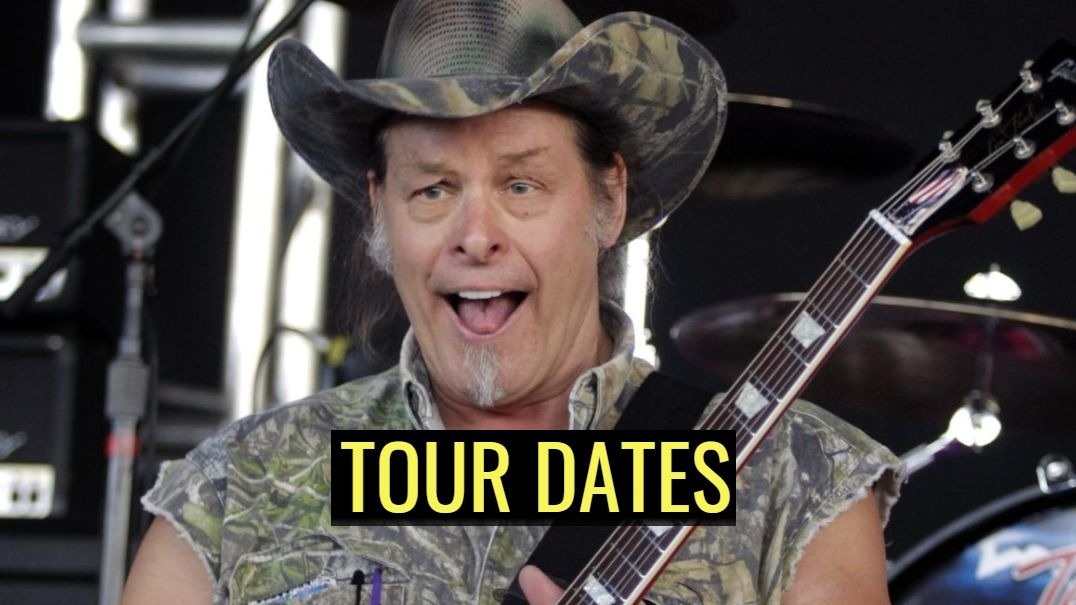 See the Summer Tour Dates for 2019 below:

Theodore Anthony Nugent is an American singer-songwriter, guitarist and political activist. Nugent initially gained fame as the lead guitarist of the Amboy Dukes, a band formed in 1963 that played psychedelic rock and hard rock. After playing with the Amboy Dukes, he embarked on a solo career.

Nugent has attracted attention for his often controversial conservative political views, as well as his strident advocacy of hunting and gun ownership rights. He is a board member of the National Rifle Association and a strong supporter of the Republican Party, and has made a number of controversial and threatening statements against advocates of gun control, in one case having the Secret Service investigate him based on comments about President Barack Obama. Nugent is also known for his stance against drug and alcohol abuse.

Nugent was born the third of four siblings in Redford, Michigan, and raised in metropolitan Detroit, Michigan, the son of Marion Dorothy (née Johnson) and Warren Henry Nugent. As a teenager, Nugent attended St. Viator High School in Arlington Heights, Illinois, and for a short time, William Fremd High School in Palatine, Illinois. His maternal grandparents were Swedish.