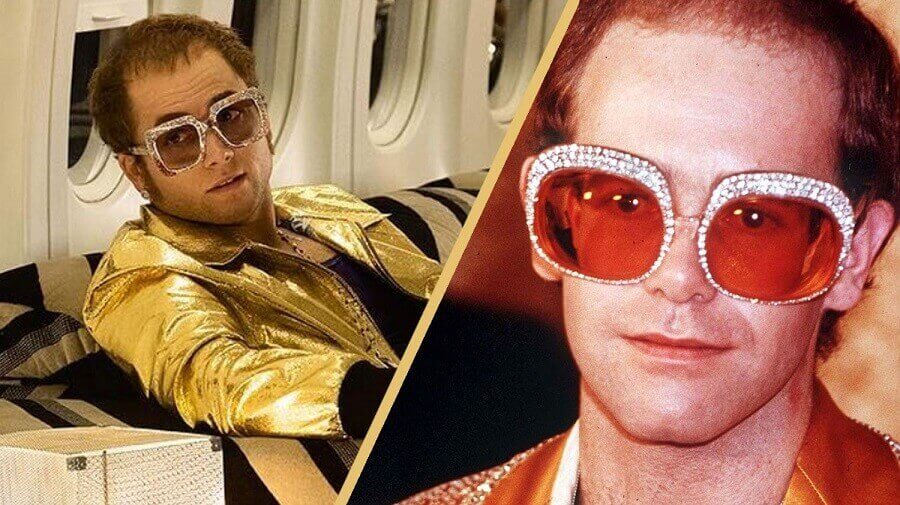 Taron Egerton appears in an elegant suit, inside a private plane, in the first image of “Rocketman”, biopic of the singer Elton John. The photo was released this Friday (28). The film will feature a musical and fantasy plot about John’s early years in the music business, according to The Hollywood Reporter. The story should showcase his years of study at the Royal Academy of Music, renowned conservatory in London, and his fight against drug addiction.

Jamie Bell, Gemma Jones, Bryce Dallas Howard and Richard Madden are also in the cast. Dexter Fletcher is the director. 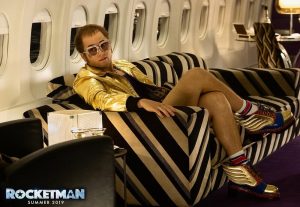 Sir Elton Hercules John CBE (born Reginald Kenneth Dwight, 25 March 1947) is an English singer, pianist, and composer. He has worked with lyricist Bernie Taupin as his songwriting partner since 1967; they have collaborated on more than 30 albums to date. In his five-decade career Elton John has sold more than 300 million records, making him one of the best-selling music artists in the world.

He has more than fifty Top 40 hits, including seven consecutive No. 1 US albums, 58 Billboard Top 40 singles, 27 Top 10, four No. 2 and nine No. 1. For 31 consecutive years (1970–2000) he had at least one song in the Billboard Hot 100. His tribute single “Candle in the Wind 1997”, rewritten in dedication to Diana, Princess of Wales, sold over 33 million copies worldwide and is the best-selling single in the history of the UK and US singles charts.

He has also composed music, produced records, and has occasionally acted in films. John owned Watford Football Club from 1976 to 1987, and 1997 to 2002. He is an honorary Life President of the club, and in 2014 had a stand named after him at the club’s home stadium.