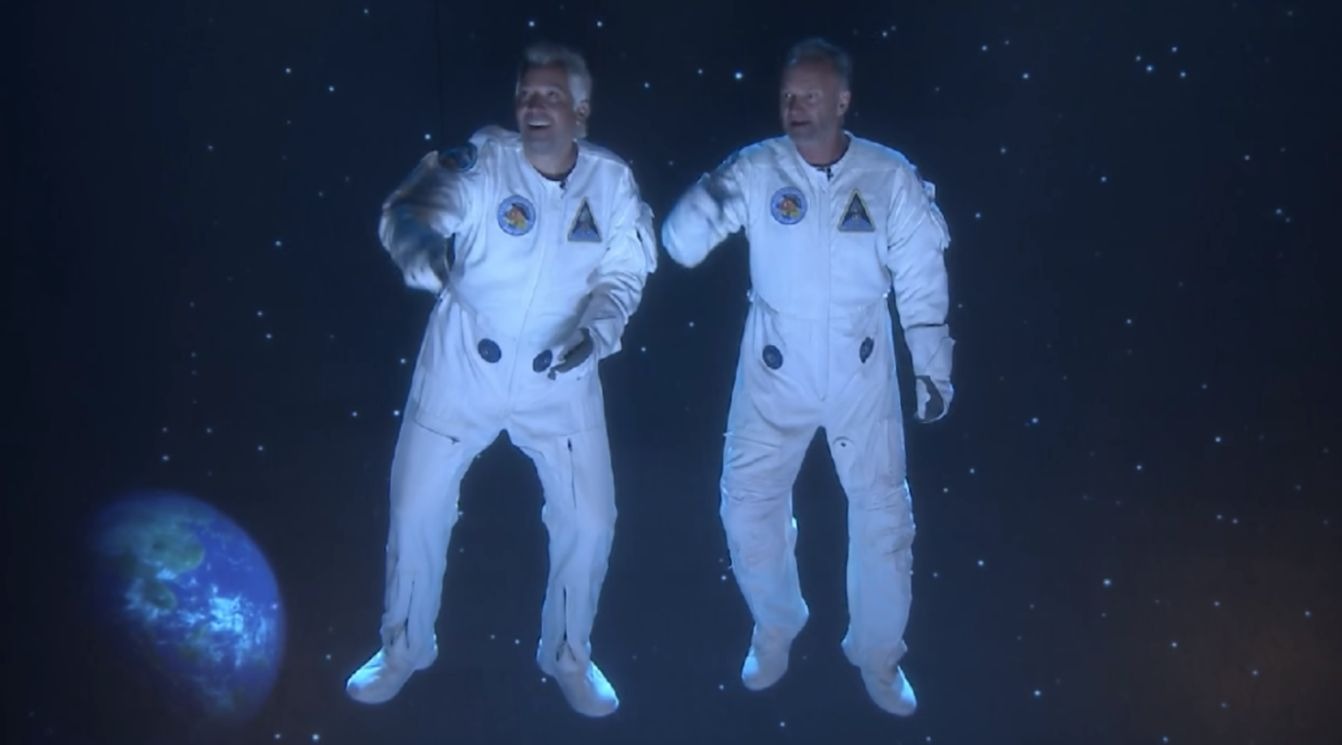 Jimmy Fallon joined Sting to parody the Police’s ‘Walking on the Moon’ video. Of course, the space facts and verses about the planets of the solar system were not lacking.

See here the video of the performance:

“Walking on the Moon” is a song by English rock band The Police, released as the second single from their second studio album, Reggatta de Blanc (1979). The song was written by the band’s lead vocalist and bassist Sting. It went on to become the band’s second  No. 1 hit in the UK.

Sting said that he wrote the song when he was drunk one night after a concert in Munich. That following morning, he remembered the song and wrote it down.