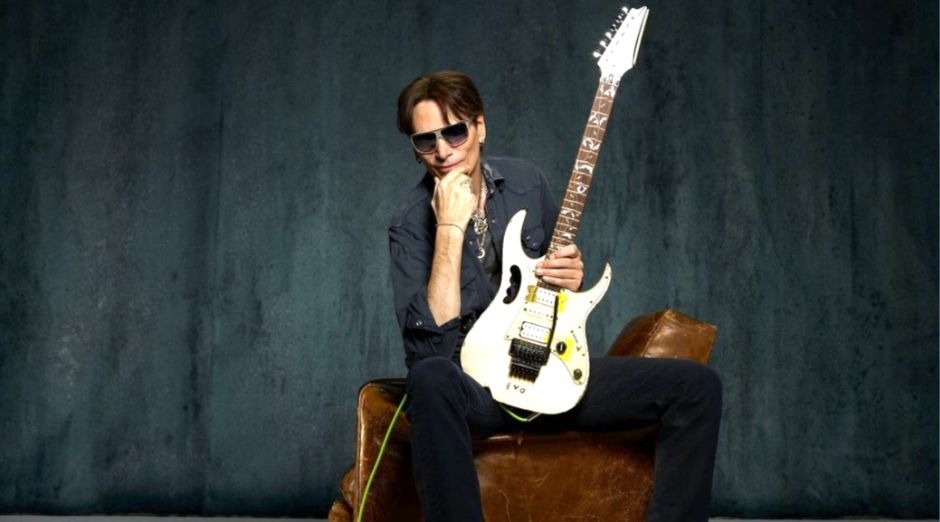 In an interview with Heavy, legendary Steve Vai talked about his career and also reflected about the current state of guitar, saying what is missing in new guitarists

Asked about the craft of playing guitar, he said:

“It’s always changing. It changes every year since I took to the stage. With Frank Zappa, my guitar duties were very different than they later were with David Lee Roth and Whitesnake, you know, where my job was to be that guy that fit the mold of the ’80s.

“And the ’80s were a great time for rock guitar. We were all influenced by those incredible musicians of the ’70s like Page and Brian May, Jeff Beck, Ritchie Blackmore, the list goes on. In the ’80s, the guitar was more in pop music, pop-rock, so to speak.

“But then when the ’90s came along, the whole face of guitar playing in popular music just changed overnight, basically. Things like shredding were considered taboo in a lot of circles, so there was a period there in the ’90s where a guy like me, I was like the poster boy for everything that was wrong about playing guitar.

“Things changed again, and I just can’t stick into what I enjoyed doing, history doesn’t remember those times in between trends, and then this whole sub-culture of djent and, really, heavy metal, after the seven-string came out, these kids started tuning down and using the 7th string and stuff.”

“And many of them were really interested in shredding far beyond what we were doing in the ’80s. And nowadays, I see guitar players that are doing things and I’m, like, ‘What the heck is going on here? Wow!’ – really extraordinary things, especially some of the acoustic players, they’re just really taking it to a new level.

“One thing I’m missing, though, that I don’t really hear much, is any kind of real, inspired evolution in harmony or melodic system. I haven’t heard anybody really ventured into exotic and accessible harmonic atmospheres.”

Guitar playing and musicianship come along in leaps and bounds, but how do you feel seeing kids as young as six years old playing your songs note for note?

“Yeah, it’s fascinating. Young people don’t have the mental limitations and the conditioning that older people have. Our conditioning is inherited and then we exaggerate it, and we end up kind of finding these false comfort zones that we stick within.

“Young people that come into the world, they look around and they say, ‘Okay, so this is where I’ll start,’ you know. There’s a big difference between pantomiming and actually creating something new and unique from scratch. That’s rare.

“I see a lot of incredible virtuosic shredders, but it’s very rare – it’s not a dis, it’s a call to arms. You take someone like Joe Satriani, I mean, ‘melody’ is his middle name – inspired melody – and that’s why we all love him. Besides the fact that he can play his ass off, his music speaks deeply because of where it comes from.”

So you put Generation Axe together back in 2016. What sorts of things were you looking for in the other guitarists?

“Well, at first I created a list that was more genre-specific. So, I had a column for, like, rock and metal, and then one for blues, and one for acoustic even, fusion, and I thought that it would be cool to build the brand and then maybe, you know, mix it up in the future sometime.

“But I’m primarily a rock guitar player, so I created a list of all the players that I thought would be the most appropriate for something like this and the first four guys I reached out to were Tosin [Abasi], Nuno [Bettencourt], Yngwie [Malmsteen], and Zakk [Wylde], and they were really into it.

“The biggest challenge is finding the right time because everybody is so busy, these guys, they’ve got solo careers, they play with bands and stuff, so they liked the idea.

“There was a big question mark over what’s gonna really happen – because we’re all kind of crazy. It was magnificent. We really bonded as friends and brothers, you know, supported each other and really came together to play.

“So you listen to something like ‘Frankenstein,’ and you hear all these guitars, they’re perfectly organized, they’re following those cool horn lines from the original, and plenty of space for solos. And then you get something like ‘Highway Star,’ which was such a classic. It’s very organized, so not everybody’s playing any rhythm part.”

You’ve got five of the greatest-ever guitarists together on one stage. Does having that many make it easier or harder for everyone and how do you work out the arrangements of individual parts of each song?

“Well, everybody has respect for each other’s contribution. Everybody’s been in it long enough, they’re very confident in what they do, and they saw the big picture. And as far as splitting the parts up, what I tried to do was create, like, to give each guy a song, so to speak.

“Like, when we were doing something like ‘Frankenstein,’ that was more geared on Tosin, so to speak, and then something like ‘Highway Star’ – Yngwie, where he plays the melody. When we were doing ‘Bohemian Rhapsody,’ which unfortunately isn’t on this record because we didn’t work it up until the last tour, that was Nuno, that was kind of Nuno’s song, I gave him the whole melody.

“It was well-balanced, everybody had enough respect for what my suggestions were, they went with it and if there was something that could be better, we could discuss it.

“There was no time where somebody was outside of their comfort zone, you know, if a song was suggested and somebody didn’t approve with it in their mind, we just threw it out and went to something else.

“This is how you build really great ideas and great shows and stuff, especially some having someone like Nuno who’s really incredibly intuitive and just great ideas. I always feel being a solo artist for so long, being the guy that writes, produces, mixes, and engineers all my own music, I always feel like I have to do it all, but I realized that everybody contributed great ideas and we always looked for something better.”

Basically, you’ve done a lot over the years musically from playing with people like David Lee Roth, Zappa, Osbourne, you’ve done a lot of solo projects. When it comes time for you to make the decision which direction to go in musically, is it something you sit down and analyze over or do you just go with the flow?

“It’s funny, it’s a good question because, a lot of times I’ll kind of feel if there’s a certain direction I should probably go, but when I get inspired to do something that’s completely in a different direction and I just can’t help it, I always kind of follow my instincts.

“They’ve always served me well and every single time I’ve ever done anything calculated, it’s just been terrible, it doesn’t have the freshness or the uniqueness or the inspiration. I don’t go back and listen to it, you know.

“If there are songs that I have that are calculated, I do that, I’ve done it, I find myself never listening to them, so that tells me something.

“I look back at the ones that I still love to listen to, and I remember what it felt like when the ideas for them came and when I was creating them, and through the years when you get to be my age and you’ve done it for this long, you just don’t want to waste time anymore.

“You have less time left, and I’ve just decided that the rest of my life, I want to make as much music as I can that’s interesting to me.”