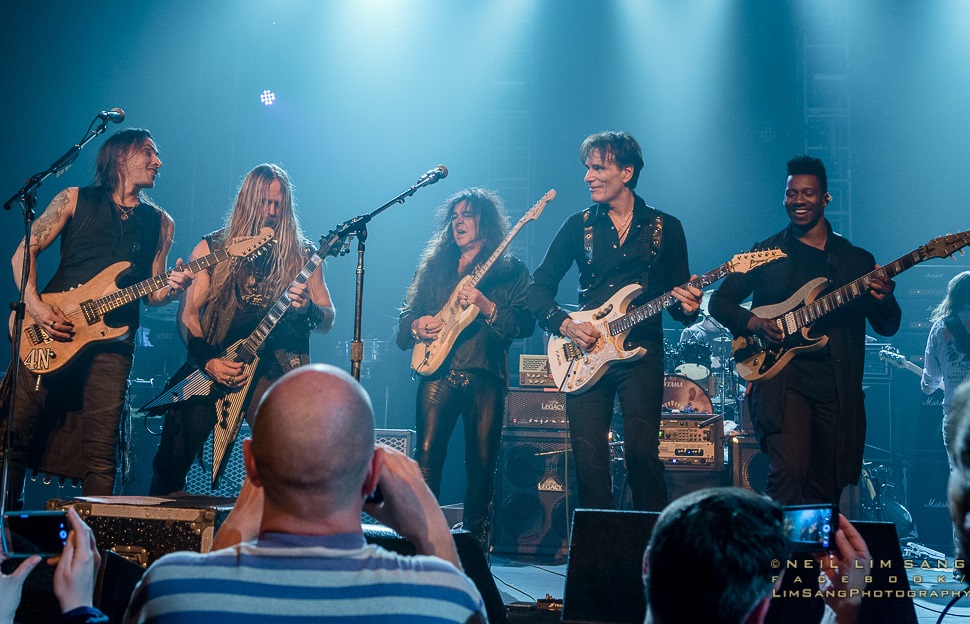 The performance was guided entirely by guitars, without vocals, and sung at the top of the lungs by the audience.

“Bohemian Rhapsody” is a song by Queen. It was written by Freddie Mercury for the band’s 1975 album A Night at the Opera. It is a six-minute suite, consisting of several sections without a chorus: an intro, a ballad segment, an operatic passage, a hard rock part and a reflective coda. The song is a more accessible take on the 1970s progressive rock genre.