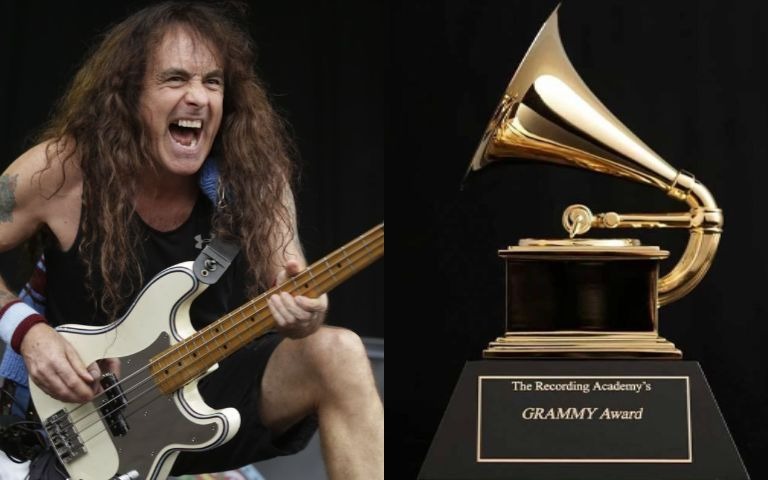 Steve Harris spoke to the Miami New Times about the Grammy that Iron Maiden won with “El Dorado”, which won the “Best Metal Performance” statuette in 2011.

“To be honest, I think we got this with a song that is not one of our best,” says Harris, “I don’t think we deserve the award with it, but maybe with some other one, so it was kind of bizarre,” he explains.

“El Dorado” is the second track from “The Final Frontier,” an album released by Iron Maiden in 2010.

The Final Frontier is the fifteenth studio album by Iron Maiden, released on 13 August 2010 in Germany, Austria and Finland, 17 August in North America,18 August in Japan, and 16 August worldwide.

At 76 minutes and 34 seconds, it is the band’s second-longest studio album to date, a duration surpassed only by 2015’s The Book of Souls. Melvyn Grant, a long-time contributor to the band’s artwork, created the cover art. It is the band’s final album to be released through EMI Records, marking the end of their 30-year relationship. It is also the last album to use the band’s alternate logo.

The album received favourable reviews from critics and peaked at No. 1 in 28 countries. This included the United Kingdom, where it became the band’s fourth release to top the UK Albums Chart following 1982’s The Number of the Beast, 1988’s Seventh Son of a Seventh Son and 1992’s Fear of the Dark.