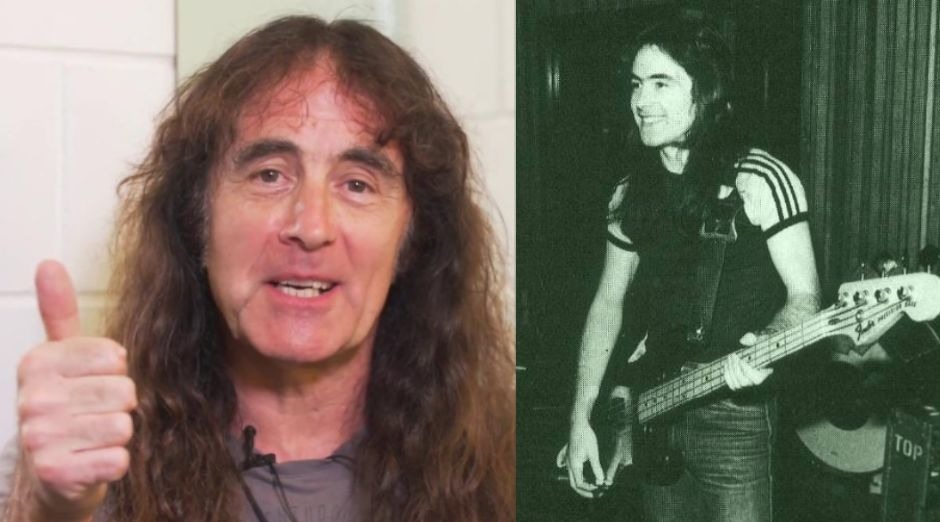 In an interview with Nights With Alice Cooper, Steve Harris, the legendary Iron Maiden bassist revealed the “Plan B” he had in case the band failed in the beginning of his career.

He used to work as an architectural draughtsman in the East End of London. He studied architectural drawing at Leyton Sixth Form College.He created Maiden in 1975 at the age of 19. It then took five years for the band to release its self-titled debut album.

“Well, straight after school, really, I went straight into that job. I did my college stuff and on the weekends, two nights a week, and I made sure I got qualified to a certain degree because I thought, if the band don’t work, then I’ll have something to fall back on.”

You’re not actually designing buildings, but you’re doing kind of the layout plans?

“Yeah, you do some designs as well. At that time, obviously, when you’re starting out, you just do drafts or whatever, it was someone else designing.

“But then you sort of graduate doing your own private jobs and stuff like that, you even get on to doing a couple of bigger projects. I made actually quite a bit of money by doing my own private jobs.”

What kind of architectural styles are you most interested in?

“I like loads of different stuff, really. I’m just really interested in buildings of all types. I really like renovating stuff as well, which drives me missus mad, but she’s had enough of if it now over the years. [Laughs] Looking at buildings, I’m attracted to that stuff.”

There’s such a craze here in the US for the home-renovation shows.

“I watch all of those programs. I watch them in the UK, American ones, I watch them all. I’m just interested, I’m drawn to that stuff, in different techniques people use and different ideas.

“And, obviously, the building techniques and even the terms for everything are different here – it’s all totally different. But it’s just terminology – the techniques are fairly similar.

“Obviously, there’s a lot more wood-building here that there is in the UK or Europe, the Bahamas even, it’s just built concrete and block.”