Steel Panther was recently the target of criticism over a partnership with audio company TC Electronic last year.

In the case, TC created a guitar effect called “Pussy Melter”, which was made available as a preset through the company’s application and website.

This week, indie band Braids has filed a petition to remove or edit the description of the effect on the company’s website, which said that guitarist Satchel had requested that the tone of the effect be “as wet as the women in front of the stage.” 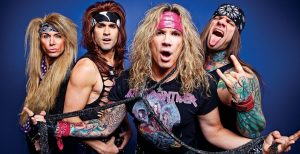 Then other bands and artists like Ted Leo and Japanese Breakfast also expressed criticism of the project, arguing that it would be sexist and “disgusting.” Since then, TC has removed the effect of your site and application. In a statement, the company said the material was “inappropriate” and apologized.

Steel Panther didn’t comment on the allegations, but another petition was made available to ask for the effect to come back into the air, and it already has more support than the original statement. When we published this post, there were 1,927 signatures of the last against 967 of the first.