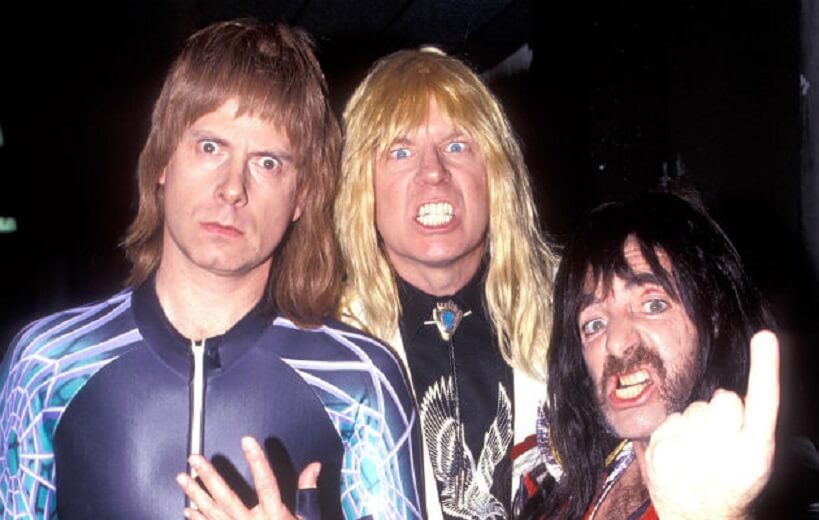 The members of the fictional band Spinal Tap have announced a meeting to mark the 35th anniversary of the release of This Is Spinal Tap.

The meeting will take place at the Tribeca Film Festival in New York between April 24 and May 5, 2019. David St. Hubbins (Michael McKean), Nigel Tufnel (Christopher Guest) and Derek Smalls (Harry Shearer) will be in the event and should perform there. Director and actor Rob Reiner will also attend.

The film was released in 1984 as a satire to the behavior of hard rock and heavy metal bands of the time. Today, the feature is alive with actions such as the release of Derek Smalls’ solo album, Smalls Change (Meditations Upon Aging), which took place in April.

Spinal Tap is a parody band spoofing the style of heavy metal groups. The band first appeared on a 1979 ABC TV sketch comedy pilot called The T.V. Show, starring Rob Reiner. The sketch, actually a mock promotional video for the song “Rock and Roll Nightmare”, was written by Reiner and the band, and included songwriter/performer Loudon Wainwright III on keyboards. Later the band became the fictional subject of the 1984 rockumentary/mockumentary film This Is Spinal Tap. The band members are portrayed by Michael McKean (as David St. Hubbins), Christopher Guest (as Nigel Tufnel) and Harry Shearer (as Derek Smalls).