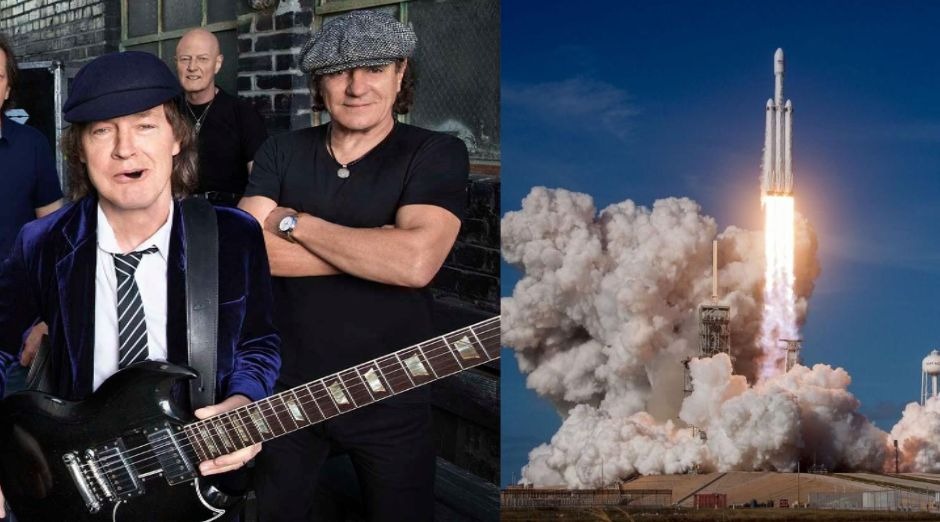 The Dragon Crew, with two NASA astronauts on board listened to AC/DC during the launch of the rocket. The classic “Back In Black” was the song they chose. They arrived on May 31 at the International Space Station (ISS) after 19 hours of flight. This is the first manned voyage in the United States in nine years.

CNN’s John Berman said that the astronauts listened to AC/DC during the launch:

“We were told the astronauts listened to ‘Back In Black’ from AC/DC on their way to the rocket. In that vein, let’s just say, for those about to launch, we salute you.”

SpaceX, owned by businessman Elon Musk, is now the first private company to enter orbit. The launch of the SpaceX rocket took place on may 30 from Cape Canaveral, Florida.

In addition to marking a shift to commercializing space transport for people. With companies selling “trips” to governments or whoever wants to buy the service, the launch is seen as important to regaining America’s prestige in space exploration.

Since 2011, NASA has been paying tens of millions of dollars to Russia for a seat for each of its astronauts to be transported on the Soyuz spacecraft, launched in Kazakhstan.

Astronauts Douglas Hurley and Robert Behnken were chosen to man the mission and travel to the International Space Station (ISS). Behnken and Hurley have been NASA astronauts since 2000 and have been to space twice on space shuttles. They are among the most experienced members of the agency’s staff, according to the BBC. Also have been trained as test pilots (which has been crucial in preparing the new aircraft).