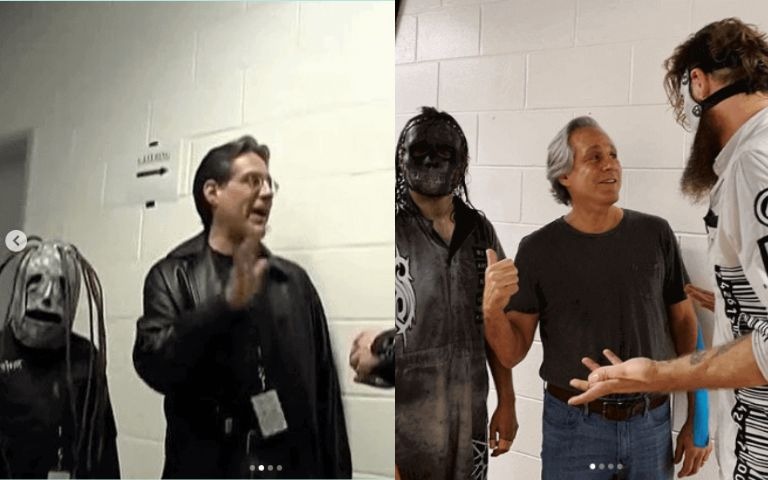 Last Saturday, 31st, Jay Weinberg, Slipknot drummer, posted a photo on Instagram in which he recreates the moment when he met the band behind the scenes of a concert many years ago.

After a successful audition, Weinberg joined the band in 2014 following the departure of co-founder Joey Jordison. A longtime fan, Weinberg had already talked about his love for Slipknot and revealed that as a child he had the opportunity to go backstage to meet them after a show.

In an interview with SJC Drums, Weinberg talked about his Slipknot fan-to-member journey and said he felt “happy and honored to be able to break through this barrier and have the opportunity to create something and contribute to Slipknot.” “I love this band”.

“It’s the most enjoyable, self-destructive and euphoric experience, and it takes a lot of blood, a lot of pain, but it’s worth it, because Slipknot is the best band.” 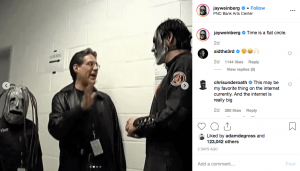 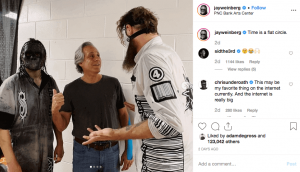 The band found replacements in Alessandro Venturella on bass and Jay Weinberg on drums. After the departure of Jordison, as of December 2013 the only founding member in the current lineup is percussionist Crahan. Fehn left the band due to lawsuit on March 18, 2019.