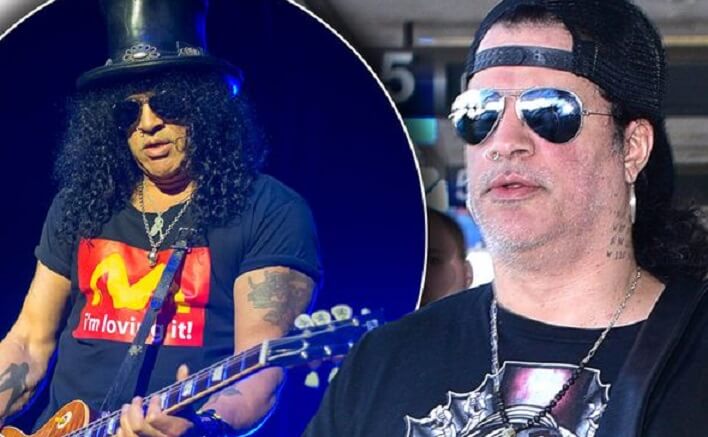 The guitarist Slash is currently giving many interviews to promote his new album. He talked to Forbes Magazine and he revealed who is his favorite frontman of all time.

“I’d have to give it to Mick Jagger and James Brown, and I know they’re very much related, but both those guys were so committed.

“And then Michael [Jackson]. Axl [Rose] is one of the best frontmen of all time too. They’re so committed to the show and so aware of how important that dynamic is.”

During a separate conversation with Clay Marshal, Slash talked about how he missed his solo band while touring with Guns N’ Roses, saying (via Blabbermouth):

“They’re all really good guys, really good people. We’ve developed this thing over the course of time, and it’s gotten better and better as it went [along]. I’ve gotten really close to them. 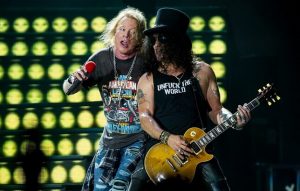 “You sort of miss hanging out with them and working with them, because they’re a lot of fun to work with. The Conspirators guys are really, really unique in that all they want to do is play, and they’re all good players, so they really get off on doing a bang-up job with whatever it is that we’re doing.

“There’s nobody really on the [12-step] program or anything; they just naturally don’t get fucked up. It’s great. Not saying that anybody in Guns does, but just with this particular group, for my having put a new group together, I’ve always had that issue with any of my bands.

“So yeah, I just sort of missed hanging out with them, and it was fun when we got back together and started jamming and stuff.”