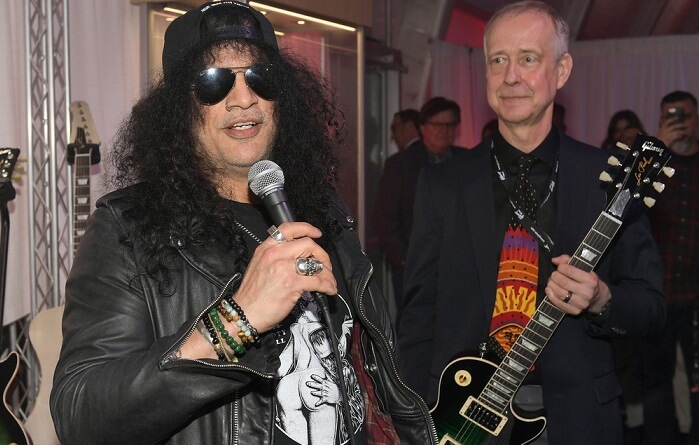 Slash explained the origin of his stage name in a recent interview with broadcaster Steve Jones.

After correcting Jones and explaining that his name is Saul, not “Sal,” the Guns’ N Roses guitarist revealed that the last person to call him by the name of baptism was his grandmother – and even his parents call him Slash .

“My dad’s best friend is a great actor named Seymour Cassel. Whenever I went to his house, he called me Slash. And that was why we were always there. Then my friends started calling me Slash too and it got caught.”

“So I met Seymour a few years ago, I think in 1991 or 1992, I was in Europe and I bumped into him. We went to lunch and I asked, ‘Where did you get this from?’ He replied, ‘Oh, because you never stopped to talk to anyone, you never had time, you were always bumping into people and stuff.’ So that’s where he came from. Nothing to do with knives or anything of the sort.”