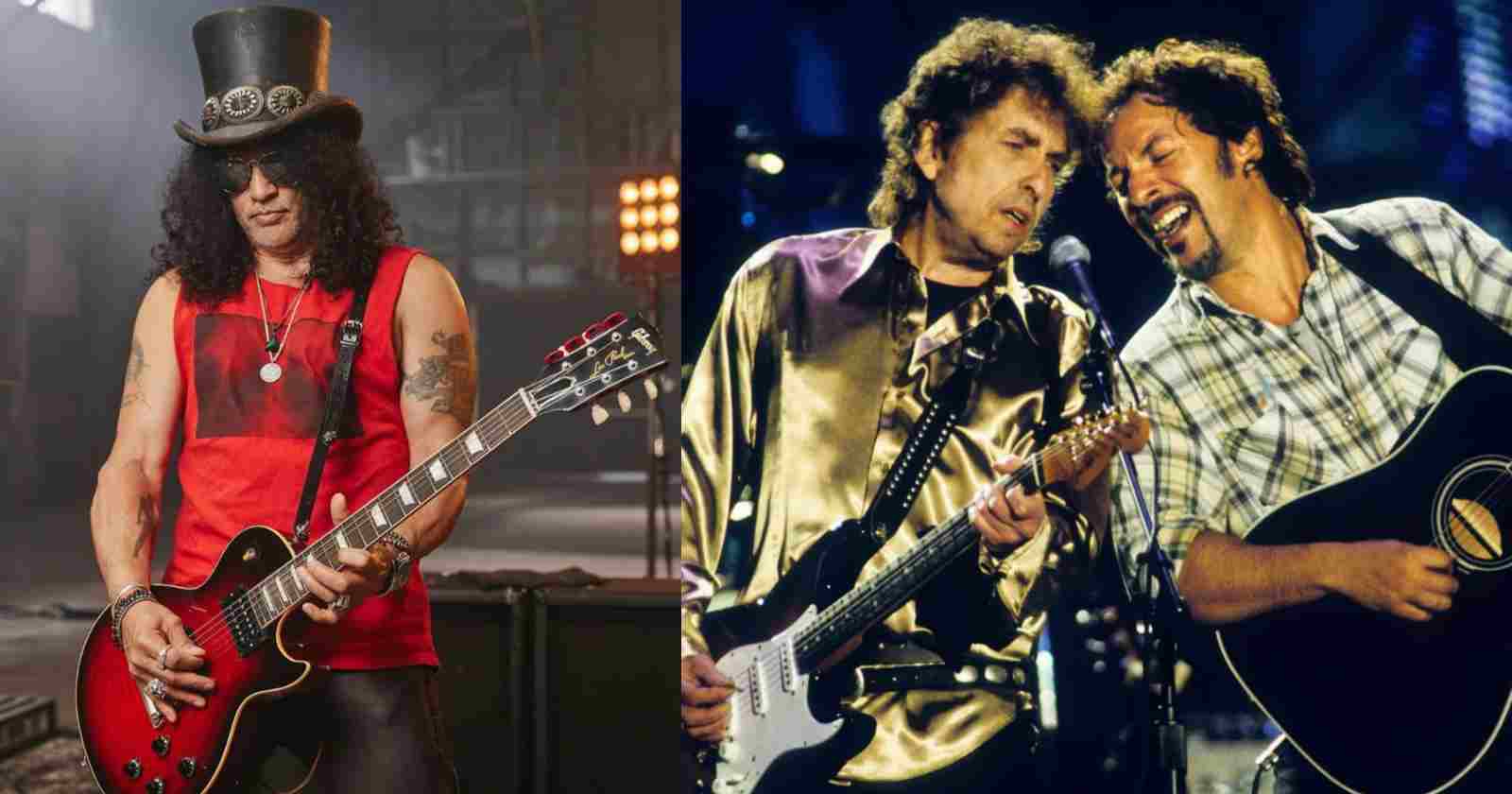 Guns N’ Roses guitarist Slash recalled in an interview with Gibson TV (Transcribed by Ultimate Classic Rock) the experience of recording a guitar solo for Bob Dylan song back in the 90s. The musician was invited by producer Don Was to play on Dylan’s song “Wiggle Wiggle”.

Slash recalls the experience of recording for Bob Dylan:

“It was a real basic one-four-five blues kind of thing. Don had suggested me to play the solo for this particular song, which was like an acoustic kind of thing… I went down to the studio and I went in and did what I thought was a really great one-off. So I said, ‘Don, make me a tape when you guys are done and let me check it out.’”

“So he sends me a tape the next day of the rough and the song’s moving along – the lyrics and chorus go by, and the solo section comes in and it’s just me playing acoustic, strumming… And then back into the song. I said, ‘What happened to the solo?’ [Don replied,] ‘Bob thought it sounds too much like Guns N’ Roses.’ So it was a great lesson learned for me. At that time I hadn’t done a lot of session work and it was a great learning experience.”

The album is dedicated to “Gabby Goo Goo”, now thought to be Desiree Gabrielle Dennis-Dylan, Dylan’s daughter by Carolyn Dennis, born on January 31, 1986.