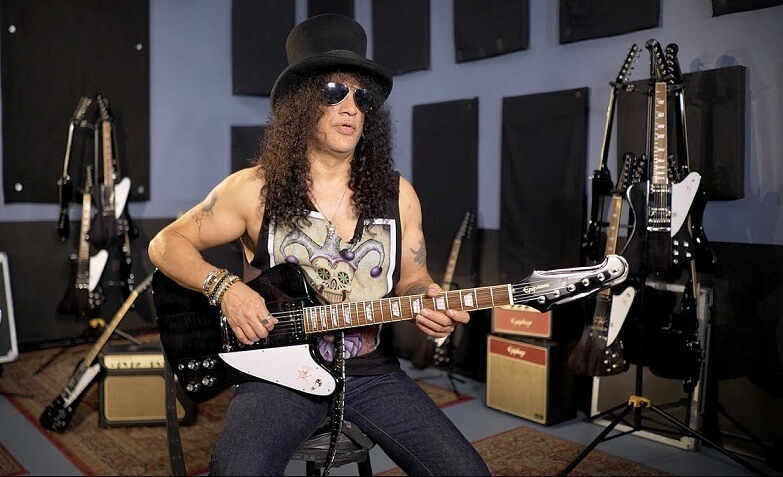 It is very difficult to separate Slash’s image from Les Paul guitars, but Epiphone has released a new line of Firebird guitars signed by the musician.

Slash Firebird Premium Outfit and Slash Firebird guitars will cost $ 1,199 and $ 899 respectively. The Premium model will have a limited edition of only 100 units, hand signed and numbered on Slash’s own headstock, and will also come with hard case, exclusive leather strap and certificate of authenticity.

See the musician presenting the guitar:

Read what Gibson said about the model:

“Everybody loves the Firebirds,” says Slash about his two new signature Gibson Custom models, the prototypes of which he used on tour for the last year. They are a radical departure from the Les Pauls he is known for, yet Slash wanted many Les Paul elements included on this model including humbuckers, historic Les Paul wiring and pickup spacing, and a solid figured maple cap.”

“Per Slash’s request, the Custom Shop hand-aged these with vintage-accurate checking and wear to the thin nitrocellulose lacquer finish. Each features Slash’s custom specs throughout as well as exclusive hot-stamped Slash pickguard artwork. With only 25 of each being made, these Slash Firebirds are instantly some of the most collectible artist models Gibson Custom has ever created.”