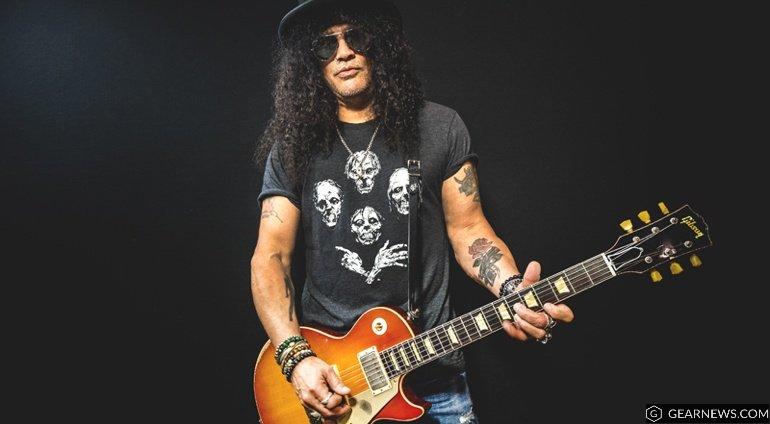 In a recent talk with Total Guitar Magazine, Slash talked about his passion for Les Paul guitars.

“There’s a reason why Tobacco Burst is my favorite finish: I remember I had this neighbor way back in the day and he had this Tobacco Sunburst Les Paul in his living room, which you could see through the big bay window at the front of the house.

“I would look at it every single day, even though I was only 14 and had only just started playing. To be honest, I was still a bit of a punk back then, so I would think about how I could break in there and steal it… I never did! That’s when the obsession started.”

Your love for Les Pauls seems undiminished, even after all these years… 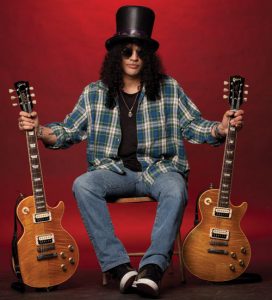 “I still look at the Les Paul as a particular model or style that’s the most awesome. I really don’t think there’s a better-looking or more understated-looking guitar out there. Plus, you never run out of sustain.

“Funnily enough, I was watching a thing on Mark Knopfler recently – who is an awesome player who I never really talk about – and he was in the studio having a discussion about his fingerstyle, talking about the differences between a Strat and a Les Paul. He’s one of those guys who can really make you appreciate the flavors of each type of guitar he plays.

“I definitely think the Strat is great for certain things – they’re probably the best guitars if you want to do a big variety of stuff. But Les Pauls have this certain thickness, warmth, and sweetness that I just can’t get away from… They have this sound I gravitate towards, and no other guitar can compare.”