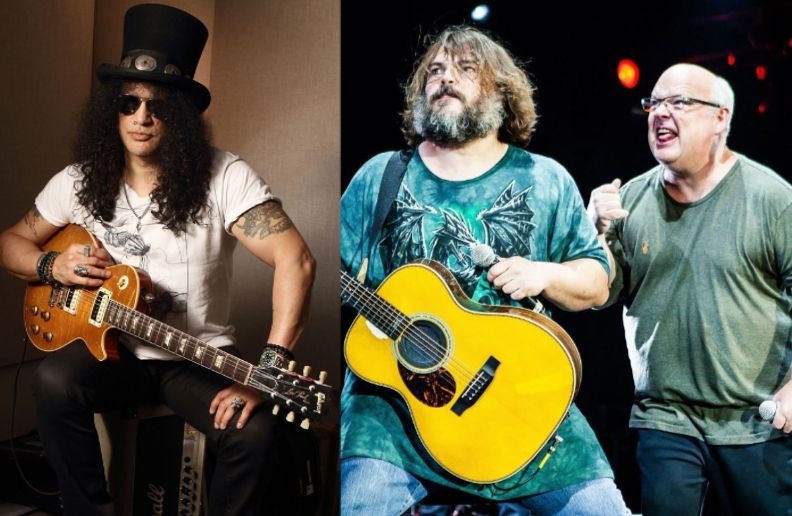 Slash and Tenacious D were confirmed in the Lollapalooza Chicago lineup this year. The edition takes place between the 1st and 4th of August.

A partial lineup of the event was videotaped by the PAWS organization for adoption of puppies. More names are expected soon.

Also confirmed, are artists like Tame Impala, Lil Wayne, J Balvin and others.

Lollapalooza is an annual 4-day music festival based in Chicago, Illinois at Grant Park. Performances include but are not limited to alternative rock, heavy metal, punk rock, hip hop, and electronic music. Lollapalooza has also provided a platform for non-profit and political groups and various visual artists. The music festival hosts more than 160,000 people each year.