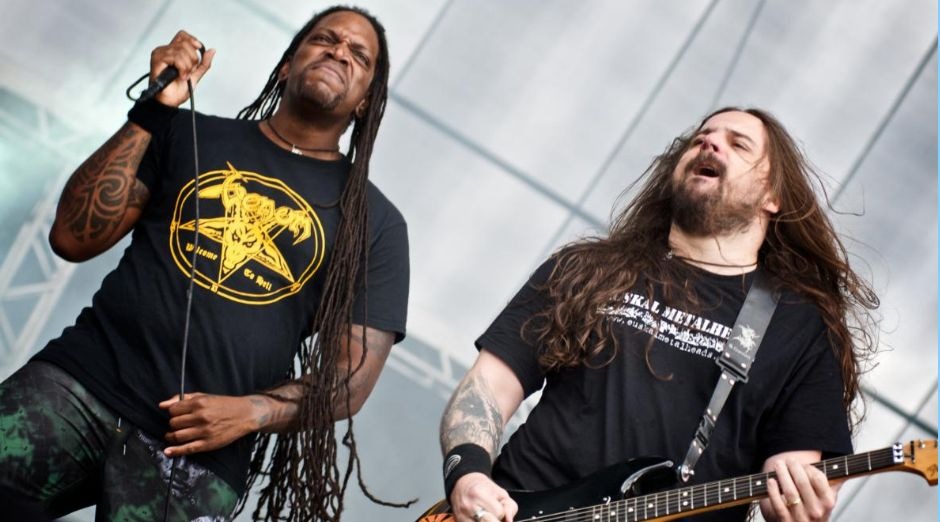 Sepultura’s singer Derrick Green revealed in an interview with Louder Sound his 10 favorite metal singer of all time. Green is the vocalist of the Brazilian band since 1998.

“Here is my list of my favorite heavy music vocalists. I based these favorites on live performances, as well as studio work. They are in no particular order, I admire all of their work very deeply. They all have been a tremendous influence in my life. Also, their lyrical content, and the ability to create a unique persona with their voices, has always made me gravitate towards these artists.

“The believability factor has always been strong with all of these singers. I always felt that this is an extremely important element for a vocalist.”

Derrick Leon Green was born in January 20, 1971, Cleveland, Ohio. He is an American musician, current singer of the Brazilian band Sepultura. Since 1998 he is the band. He was the responsible to replace Max Cavalera. Since then, Derrick has recorded nine studio albums with a band, the most recent being Quadra, released in 2020.

The singer joined the band through a videotape sent in 1997. He was approached in 1997 by A&R rep Mike Gitter from Roadrunner Records. That told him that Sepultura frontman Max Cavalera had left the band in 1996 and they were searching for a new vocalist. So, he suggested Green try out for the position. However, Sepultura had recorded one song with no vocals to see what people all around the world could come up with. After that, Green got a hold of the tape from Gitter and he recorded his idea for the song “Choke” and sent it to Brazil.