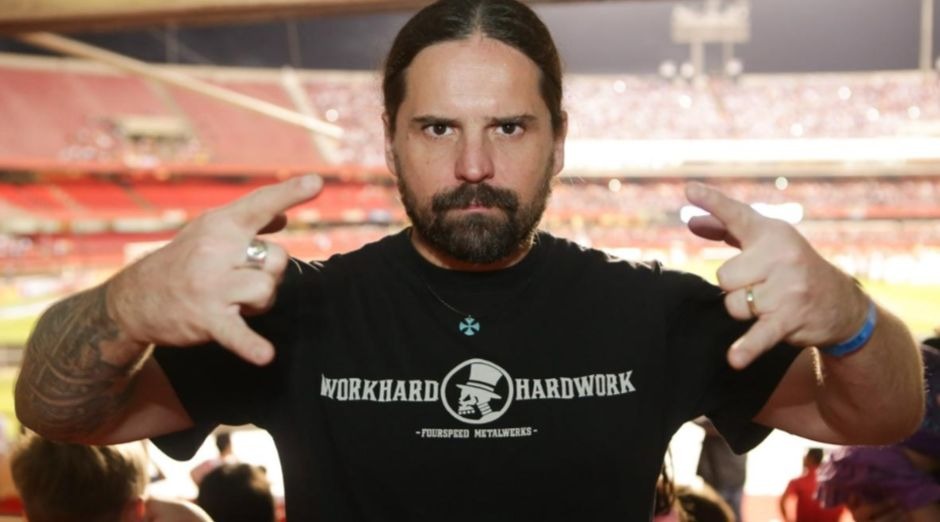 Andreas Kisser, legendary Sepultura guitarist revealed in an interview with Loudersound his favorite guitar solos of all time.

“Here’s my list, the theme is my favorite guitar solos in metal. However, they’re not in a specific order. I feel these guitar players were my teachers, they showed me the way with their amazing leads and riffs. Since, i spent hours rewinding my cassette tapes to learn their solos – it was a great school, to me. Today I still love to play them, they still inspire me.”

“I think what makes a great guitar solo, is the honest feeling of the player, regardless of their techniques and abilities with the instrument. Also, it has to have soul, passion and a message. A solo needs to ‘talk’ with the listener, in my opinion, it’s stronger than any word.”

Sepultura’s Andreas Kisser reveals his favorite guitar solos of all time are:

Andreas Rudolf Kisser  is a Brazilian guitarist, musician and composer, known for playing in the band Sepultura since 1987. In addition to Sepultura, Andreas Kisser is also a guitarist for the Latin American band De La Tierra. Also for the Brazilian band Kisser Clan, a musical project with his son Yohan Kisser.

He became interested in music at an early age, at the age of 10, listening to his mother’s and father’s records, such as Beatles, Roberto Carlos and the country music with his father. With his grandmother’s guitar, he learned the main chords through MPB. After that, through the influence of an older friend, he met Queen and Kiss, which revolutionized his whole way of looking at music. In addition, he bought his first guitar (Giannini-Supersonic) and a distortion pedal.

So Andreas formed his first band, ESFINGE and had great repercussions in the ABC region of São Paulo in the mid-1980s. However, they only played covers and that was a great school, performing from Whitesnake to Venom. After that, in early 1987, he joined Sepultura, moving to Belo Horizonte and starting a unique career in the history of Brazilian music. Together with Max Cavalera, Igor Cavalera and Paulo Jr., they conquered the world, traveling the four corners, spreading a little more about Brazilian culture through heavy music.