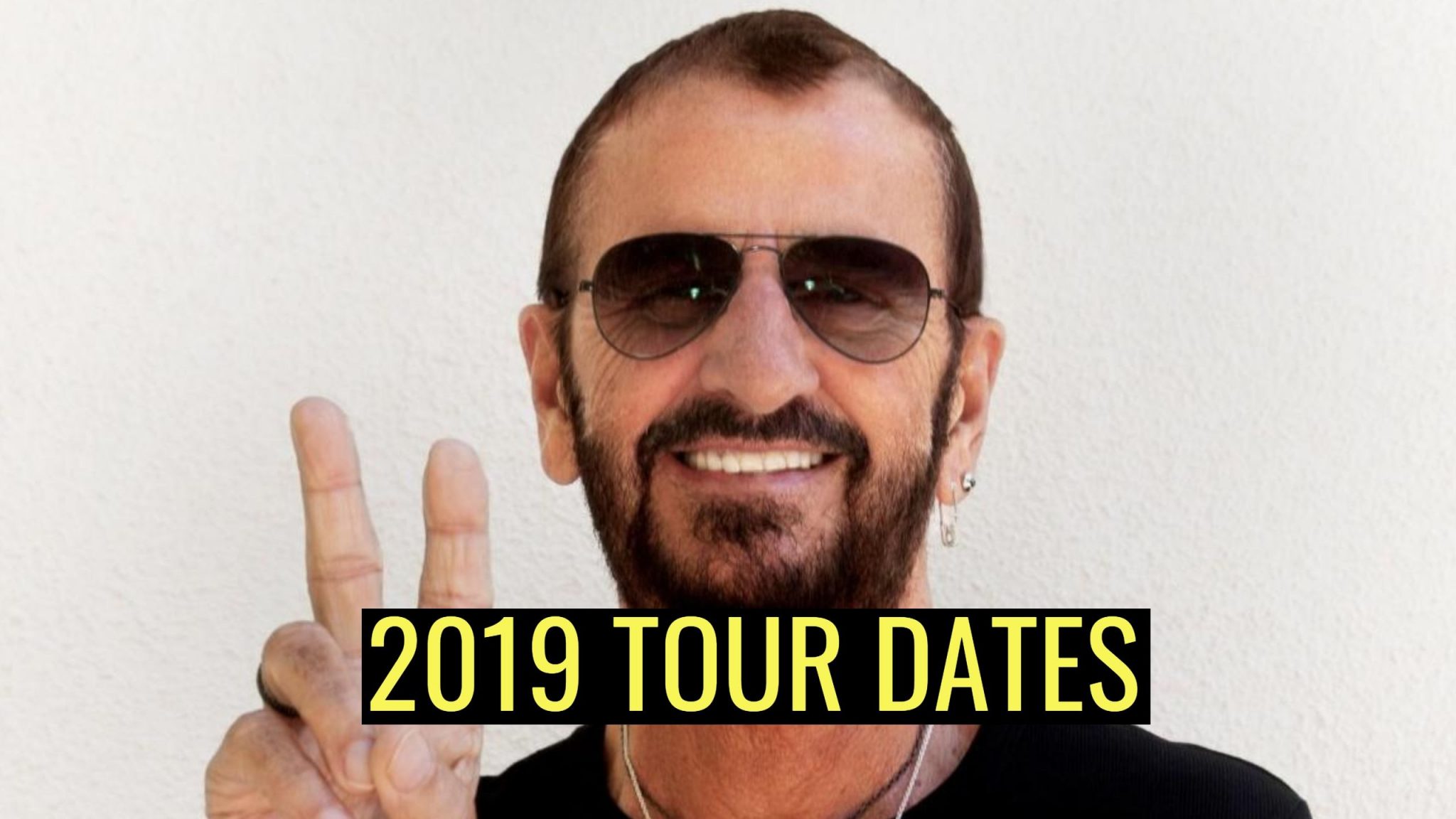 The legendary Beatles drummer, Ringo Starr is back on tour in 2019 but only in Japan until now. The musician has dates from March to April in the country.

Sir Richard Starkey (born 7 July 1940), known professionally as Ringo Starr, is an English musician, singer, songwriter and actor who gained worldwide fame as the drummer for the Beatles. He occasionally sang lead vocals, usually for one song on an album, including “With a Little Help from My Friends”, “Yellow Submarine”, “Good Night”, and their cover of “Act Naturally”. He also wrote the Beatles’ songs “Don’t Pass Me By” and “Octopus’s Garden”, and is credited as a co-writer of others, including “What Goes On” and “Flying”.

Starr was afflicted by life-threatening illnesses during childhood, and he fell behind in school as a result of prolonged hospitalisations. He briefly held a position with British Rail before securing an apprenticeship at a Liverpool equipment manufacturer.

Soon afterwards, he became interested in the UK skiffle craze and developed a fervent admiration for the genre. In 1957, he co-founded his first band, the Eddie Clayton Skiffle Group, which earned several prestigious local bookings before the fad succumbed to American rock and roll by early 1958.

When the Beatles formed in 1960, Starr was a member of another Liverpool group, Rory Storm and the Hurricanes. After achieving moderate success in the UK and Hamburg, he quit the Hurricanes and joined the Beatles in August 1962, replacing Pete Best.