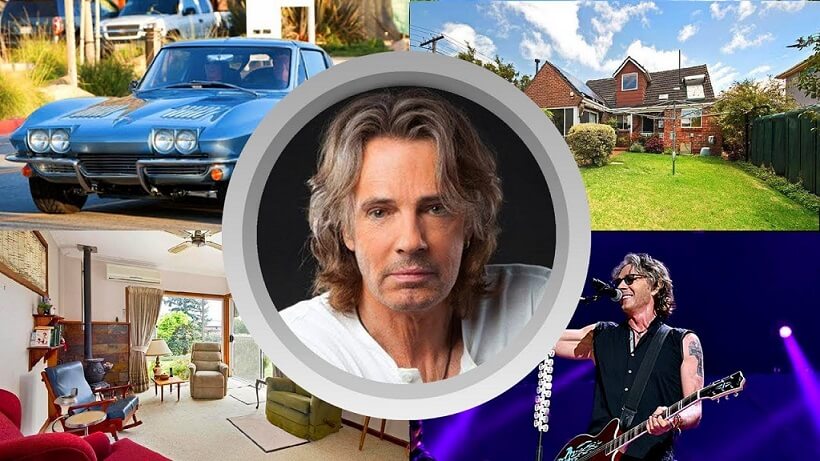 In a video made by the channel Modern Trend Life Rick Springfield life is shown in details. You will find out more about his net worth, lifestyle, family, biography, house and cars.

Richard Lewis Springthorpe (born 23 August 1949) is an Australian singer, instrumentalist, songwriter, actor and author, known by his stage name Rick Springfield. He was a member of the pop rock group Zoot from 1969 to 1971, then started his solo career with his début single “Speak to the Sky” reaching the top 10 in Australia in mid-1972, when he moved to the United States.

He had a No. 1 hit with “Jessie’s Girl” in 1981 in both Australia and the U.S., for which he received the Grammy Award for Best Male Rock Vocal Performance. He followed with four more top 10 U.S. hits, “I’ve Done Everything for You”, “Don’t Talk to Strangers”, “Affair of the Heart” and “Love Somebody”. Springfield’s two U.S. top 10 albums are Working Class Dog (1981) and Success Hasn’t Spoiled Me Yet (1982).

He played a depraved version of himself in Californication (2009). In 2010, Springfield published his autobiography, Late, Late at Night: A Memoir. In 2016 he starred as Vince Vincente/Lucifer in season 12 of the American TV show Supernatural on The CW.

See Vince Neil net worth, lifestyle, family, biography, house and cars
Slash: being in a room full of Les Pauls is equal to a room full of naked girls
To Top