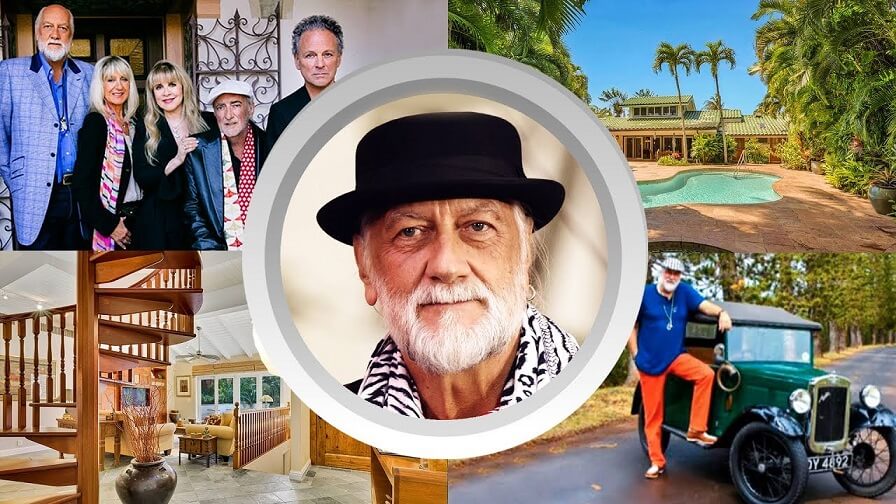 In a video made by the channel Modern Trend Life Mick Fleetwood’s life is shown in details. You will find out more about his net worth, lifestyle, family, biography, house and cars.

Michael John Kells Fleetwood (born 24 June 1947) is a British musician and actor, best known for his role as the drummer and co-founder of the rock band Fleetwood Mac. Fleetwood, whose surname was merged with that of the group’s bassist John “Mac” McVie to form the name of the band, was inducted into the Rock and Roll Hall of Fame in 1998.

Born in Redruth, Cornwall, Fleetwood lived in Egypt and Norway for much of his childhood years as his father travelled with the Royal Air Force. Choosing to follow his musical interests, Fleetwood travelled to London at the age of 15, eventually combining with Peter Green, Jeremy Spencer and Bob Brunning, at Green’s behest, to become the first incarnation of Fleetwood Mac. Fleetwood would remain the only member to stay with the band through its ever-changing line-up.

After several album releases and line-up changes, the group moved to the United States in 1974 in an attempt to boost the band’s success. Here Fleetwood invited Lindsey Buckingham and Stevie Nicks to join. Buckingham and Nicks contributed to much of Fleetwood Mac’s later commercial success, including the celebrated album Rumours, while Fleetwood’s own determination to keep the band together was essential to the band’s longevity. 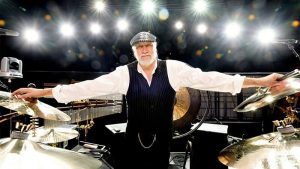 Fleetwood has a secondary career as a TV and film actor, usually in minor parts. His roles in this field have included a resistance leader in The Running Man and as a guest alien in the Star Trek: The Next Generation episode “Manhunt”. Fleetwood co-hosted the 1989 BRIT Awards, which contained numerous gaffes and flubbed lines.

In the wake of this public mishap, the BRIT Awards were pre-recorded for the next 18 years until 2007; the awards are now again broadcast live to the British public. Fleetwood and his third wife, Lynn, had twin daughters (Ruby and Tessa) who were born in 2002. He became a U.S. citizen on 22 November 2006. Fleetwood filed for divorce from Lynn in 2013.