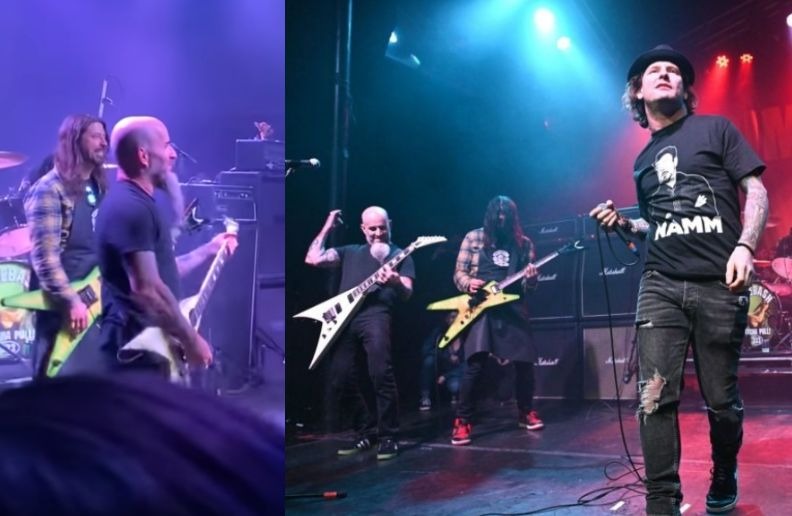 The event celebrates annually the life and work of Dimebag Darrell, Pantera guitarist who was murdered in 2004 during a show with his other band, Damageplan.

On December 8, 2004, Damageplan was in the midst of the Devastation Across The Nation tour,  where the band performed at the Alrosa Villa, a large nightclub in Columbus, Ohio. A crowd of approximately 250 had watched four support acts (two local bands entitled Volume Dealer and 12 Gauge, and the tour support Shadows Fall and The Haunted).

Moments into Damageplan’s set, 25-year-old former Marine Nathan Gale jumped onto the stage, drew his 9mm Beretta M9 and shot Darrell in the head five times. He was pronounced dead at the scene. Some in attendance initially believed the shooting was part of the act, but as Gale continued shooting, the audience quickly came to the realization that the event was not staged.

It was rumored that one crowd member leapt in front of the perpetrator, saving the lives of several band members. Damageplan’s drum technician, John “Kat” Brooks, was shot three times as he attempted to disarm Gale, but was overpowered and taken hostage in a headlock hold. Tour manager Chris Paluska was also injured in the process.