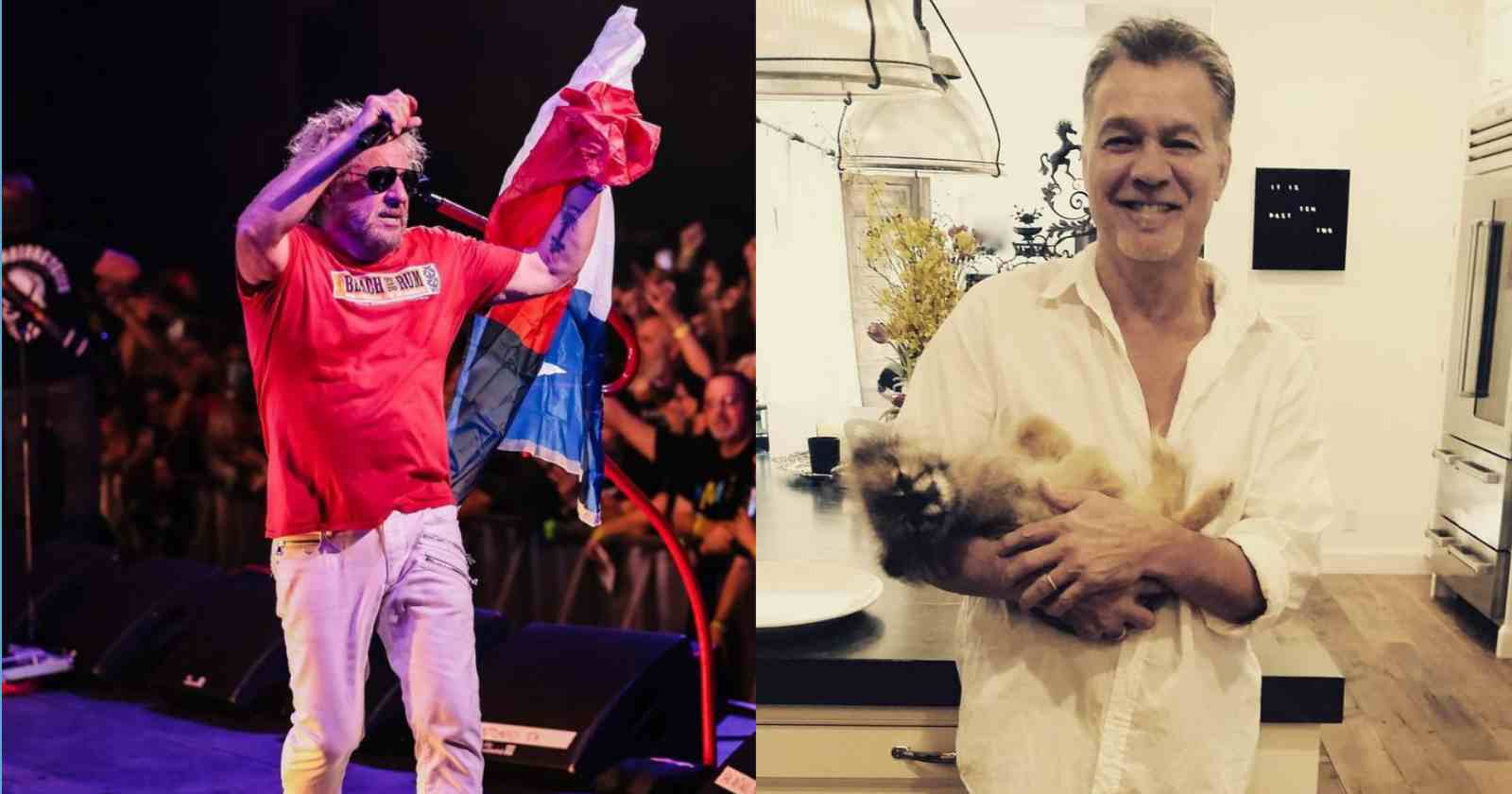 The singer and guitarist Sammy Hagar revealed in an interview with Ultimate Classic Rock that he wrote a song called “Thank You” after a recent dream he had where the late guitarist Eddie Van Halen appeared and showed him a guitar lick. Eddie died back in 2020 at the age of 65. Sammy was Van Halen’s frontman from 1985 to 1996 and from 2003 to 2005.

“I shouldn’t be hyping it now. Nobody knows this but Michael Anthony, Jason (Bonham) and Vic (Johnson). About two months ago, I had this dream and Eddie came. We were in a room like this, [with] a bunch of people around. It was just like he’d been gone. It was not like he was passed, but he had just been out of my life and we hadn’t seen each other for a while. He’s going, ‘Man, let’s write some music!’ I said, ‘Yeah, fuck it, man. Here, let’s go!'”

“(We) went over into a corner, in this room. He had a guitar and he played me this thing. It was like this lick – [just like] the last lick that Eddie Van Halen showed me, when I went back for the [2004] reunion tour and when he was a mess. I said, ‘Eddie, show me your newest shit,’ because every time I’d be around him I’d say, ‘Show me your newest shit.’ He’d say, ‘Oh, check this out!'”

“He did this harmonic thing and he slid it up to a chord, like a slide guitar. We wrote a song with that lick. I remembered it. I got up in the morning and I wrote the song. It’s called, ‘Thank You.’ I used the fuckin’ lick that he showed me in the song. I told Jason, ‘I just really don’t know what to say lyrically.’ I’ve got goosebumps, head to toe, [talking about it]. So I wrote it [about that experience], and we’ll do that song someday.”

“Now, that’s going to be an Eddie-influenced song, to the point that I’m going to co-write it with him. I’m going to give him credit and then maybe we’ll donate the money to charity, whatever. You see, I feel so embarrassed about it because everyone’s going to say, ‘Oh, look at Sammy trying to capitalize on Eddie.’ No, I’m not. You don’t understand. This was a real fuckin’ dream, and I told you exactly what happened in it,” Sammy Hagar said.

The song was composed after Sammy Hagar & The Circle had already finished their upcoming album “Crazy Times”, that will be released in September 30.