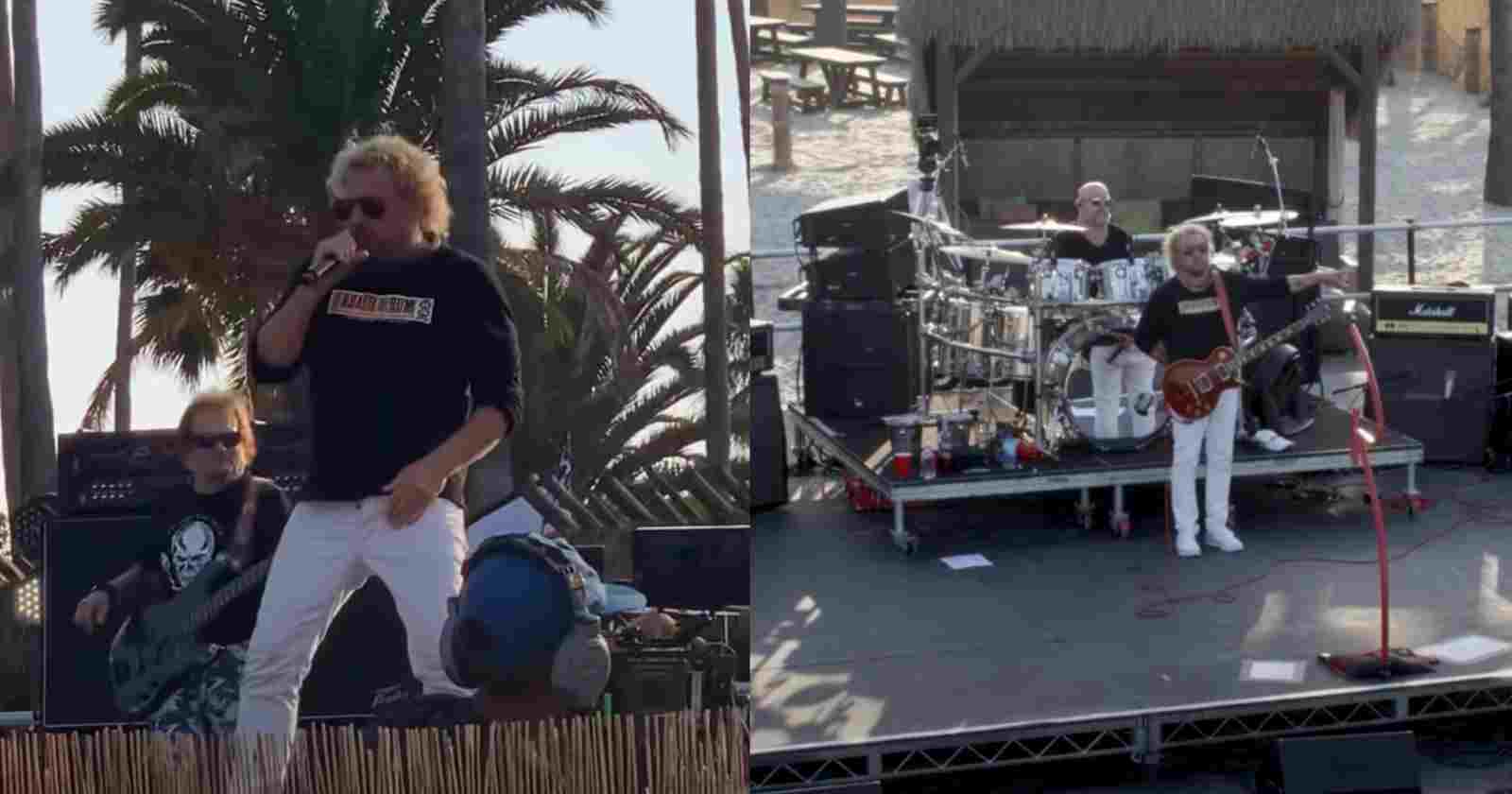 Singer Sammy Hagar and bassist Michael Anthony, both ex-Van Halen members, performed the band’s classic song “Right Now” during Hagar’s annual birthday bash that was broadcasted to a pay-per-view audience. The singer also asked a moment of silence before the song paying tribute to the late Eddie Van Halen, that lost his battle with cancer last October 6. Besides Hagar and Anthony, the band also has drummer Jason Bonham and guitarist Vic Johnson.

“For Mike and I, it was just like getting hit by a freaking Mack truck,” Sammy said about learning of Eddie’s death. “It kind of took the wind out of the sails. I just wanna say that I’m kind of devastated. A VAN HALEN song never felt so hard to sing and play in my life.”

“It was hard. It’s very surreal right now. It hasn’t sunk in yet. We have the music, if nothing else.”

Ace Frehley says Kiss paid him US$15.000 to not talk with fans in “Kruise”
Gene Simmons compares Eddie Van Halen to Jimi Hendrix
Advertisement
To Top