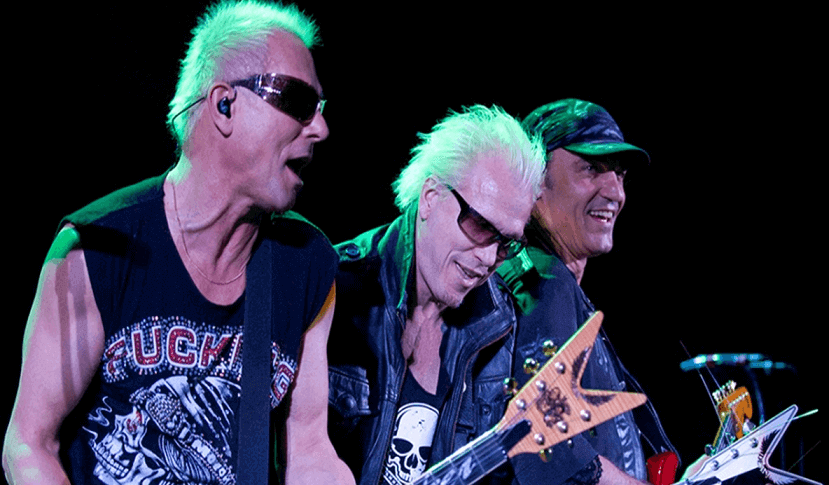 Scorpions legendary guitarist Rudolf Schenker talked with Jam Magazine and explained why he uses a Flying V and even said his brother, Michael Schenker, stole one of his guitars.

“I played a lot of guitars before I was running into the Flying V. I actually started with Framus, a German company, before going into Vox guitars.

“From Vox, I got my first Gibson guitar from my father. It’s a Trini Lopez ES-175, I think, but this one was, especially when we start playing with the big Marshall amplifiers, very difficult to play because of the feedback floor.

“Then I got, believe it or not, a Fender, which I didn’t like – it’s not my way – but then I saw one picture of Johnny Winter with the Flying V. I said to my brother [Michael], ‘This is my guitar. You think me, for a rhythm guitar player, it’s not too much?’ 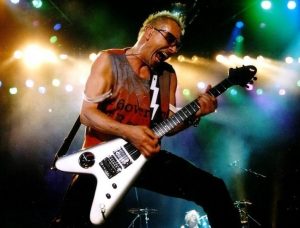 “He said, ‘No.’ I got this guitar and started playing it with a 50-watt Marshall [amplifier]. The sound was fantastic, so from this moment on, I played a Flying V.

“But there was one thing in between – my brother. He actually had a girlfriend and he took his Les Paul to his girlfriend’s house. Somehow he forgot the guitar in the house of the girlfriend, and the girlfriend went with her parents over the weekend somewhere.

“After the concert, he came to me and said, ‘Rudolf, I can’t give you back the Flying V. The sound is so good.’ That’s the point when my brother went to UFO…

“I said to myself, ‘I want to have back the Flying V,’ because I tried Firebirds, I tried Explorers, all this stuff, and none made the sound… like the Flying V. I play a Flying V since then permanently.”