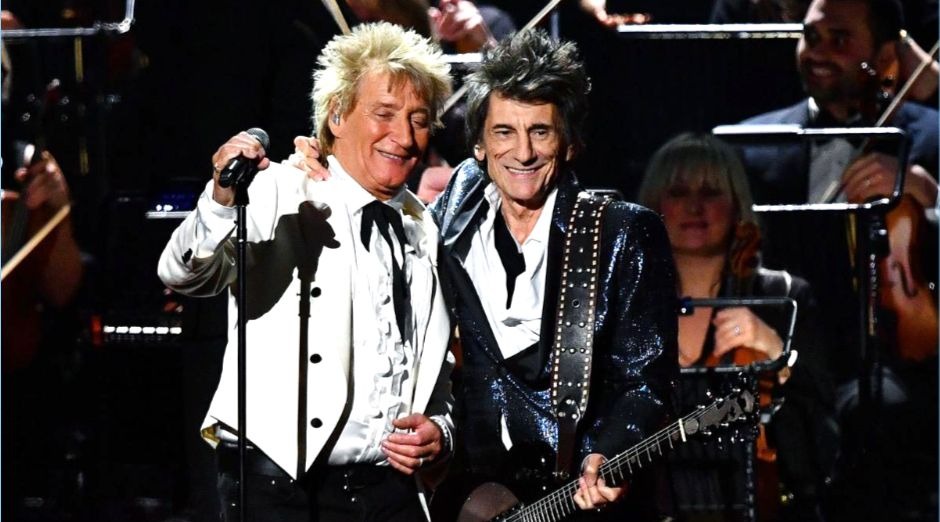 The Small Faces, successful English band from the 60s that had the legendary Steve Marriott as the vocalist, evolved to The Faces after he left the band. And his substitute was Rod Stewart. The band also gained a new guitarist, Ronnie Wood, that later left to join The Rolling Stones.

And Rod Stewart, Ronnie Wood and Kenney Jones reunited as the surviving members of the band. They closed the Brit Awards show in February 18

They played their most famous song “Stay With Me”. After the presentation, Stewart sang with an orchestra “I Don’t Want to Talk About It”.

Rod Stewart talked to the audience, saying about The Faces:

“This show may be 40 years old, but the Faces are now 50 years old. There used to be five of us, there’s only three of us now, so let me bring out Ronnie Wood and Kenney Jones. This is the moment you’ve all been waiting for, folks: the end of the show!”

Watch the presentation below:

Taking the Jubilee Line to the #Brits2020! @TfL @BRITs pic.twitter.com/OM07II9VDd

The band was inducted to the Rock and Roll Hall Of Fame in 2012. The Faces split in 1975. Bassist Ronnie Lane died in 1997; keyboardist Ian McLagan passed away in 2014. The band attempted a number of reunions over the years but, despite a handful of appearances, the closest they came was a 2010-11 tour that featured Simply Red frontman Mick Hucknall in place of Stewart.