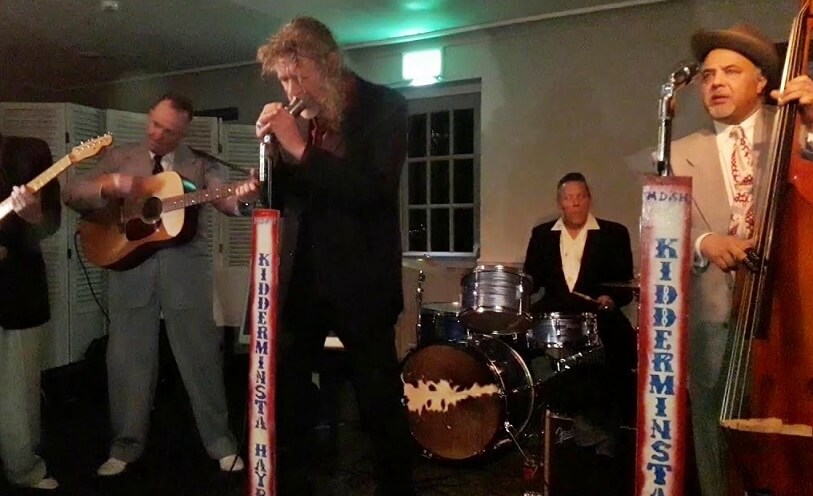 Lead vocalist Robert Plant performed a special performance on the birthday party of his ex-wife, Maureen Plant, who turned 70. The event was held in Stourton, UK, last Friday (23).

During his brief performance, Robert Plant joined the local band The Hayriders to sing three Elvis Presley songs. They are: “One Night With You”, “Little Sister” and “A Big Hunk O ‘Love”.

Maureen was the first wife of Robert Plant. They married in 1968 and had three children – one of them, Karac, died of a stomach infection at age 5, during a Led Zeppelin tour in the United States in 1977. The song “All My Love” was composed by Plant and bassist John Paul Jones in honor of Karac.

In 1983, six years after Karac’s death, Robert and Maureen divorced. The singer then engaged in a relationship with Maureen’s sister, Shirley, with whom they had a child in 1991.

Sometime ago Plant talked about his love for Elvis:

“When I was a kid I used to hide behind the curtains at home at Christmas and I used to try and be Elvis. There was a certain ambience between the curtains and the French windows, there was a certain sound there for a ten-year-old. That was all the ambience I got at ten years old… I think! And I always wanted to be a curtain, a bit similar to that.”