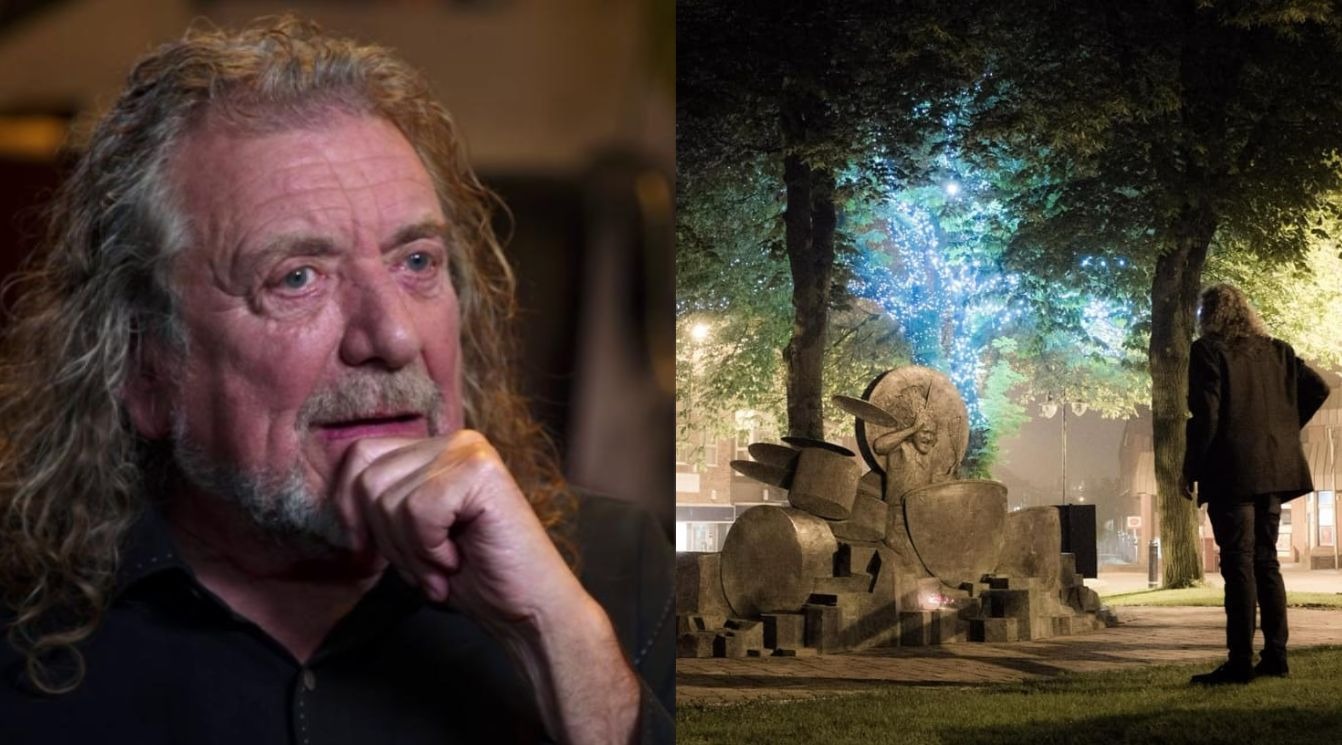 Robert Plant paid a visit and shared a photo on John Bonham’s memorial statue on the drummer hometown Redditch, England.

On the caption he said:

“Another birthday around the corner… huge loss…”

The statue was the result of Bonham’s sister, Denise, campaign that lasted many years to honor the drummer on their hometown. The memorial was unveiled last year and it shows John on a drum kit on one side and the other side shows Led Zeppelin IV symbol and says:

“The most outstanding and original drummer of his time, John Bonham’s popularity and influence continue to resonate within the world of music and beyond.”

During the journey, Bonham asked to stop for breakfast, where he drank four quadruple vodka screwdrivers (16 shots between 400 and 560 ml, also equivalent to 9–13 American standard drinks).

He then continued to drink heavily after arriving at rehearsals. The band stopped rehearsing late in the evening and then went to Page’s house, the Old Mill House in Clewer, Windsor. After midnight on 25 September, Bonham fell asleep; someone took him to bed and placed him on his side. Led Zeppelin tour manager Benji LeFevre and John Paul Jones found him unresponsive the next afternoon. Bonham was later pronounced dead at 32 years old.