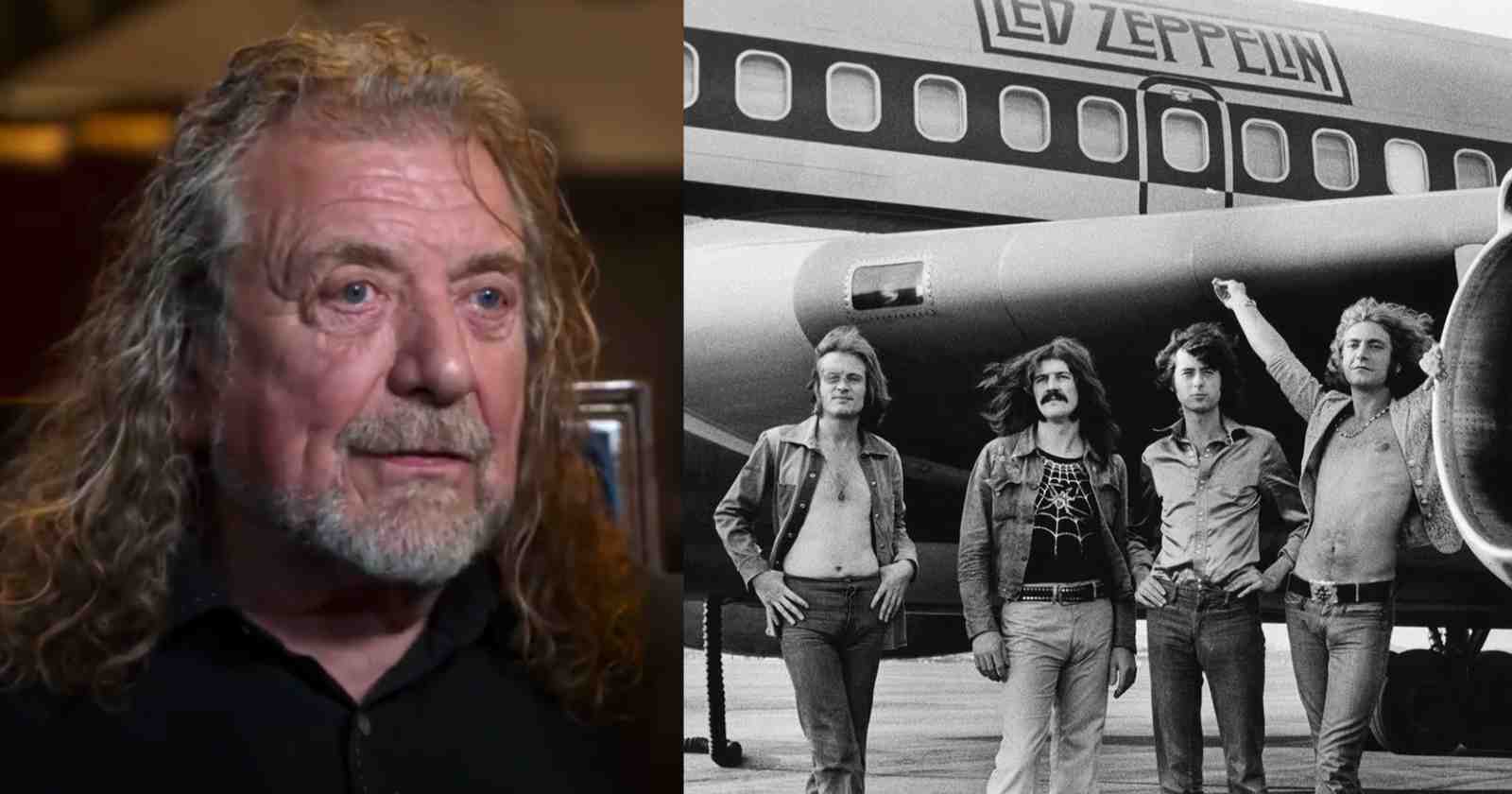 The legendary Led Zeppelin vocalist Robert Plant recalled in an interview with Vulture a crazy story that happened on the famous airplane that Led Zeppelin had used in the 70s.

Nicknamed as “The Starship”, the band toured around North America onboard of the Boeing 720.

“I remember one time we got on the plane and took off from Dallas to New Orleans. John Bonham was in that period of time where he wore a fedora and a black cane with a silver top. We got up to about 8,000 feet or whatever. It was pretty low. He finds it’s time to quickly visit the bathroom. And as he opened the door, his hat blew off and was sucked down the toilet.”

“There was this great sort of whoosh. The guys that were back down on the airstrip had forgotten to rescrew the chute where the toilets were emptied. So there was a tank underneath the bathroom and they forgot to put the cap back on. There was absolutely no pressure. So John had lost his hat. But then we all lost our minds because we realized that we couldn’t go any higher because our ears were starting to go. [Laughs.] We flew from Dallas to New Orleans at 8,000 feet,” Robert Plant said.

The musician also said that the plane ended up in a “boneyard” somewhere in Arizona. It was the first Boeing 720 built, being delivered to United Airlines in October 1960. Then it was purchased 13 years later by Contemporary Entertainment.

It was used by Zeppelin from 1973 to 1975 on their North American tours. The plane also was used in the 70s by many other famous acts, some of them were Elton John, Bob Dylan, Deep Purple, Alice Cooper, Allman Brothers Band, Rolling Stones and Peter Frampton.