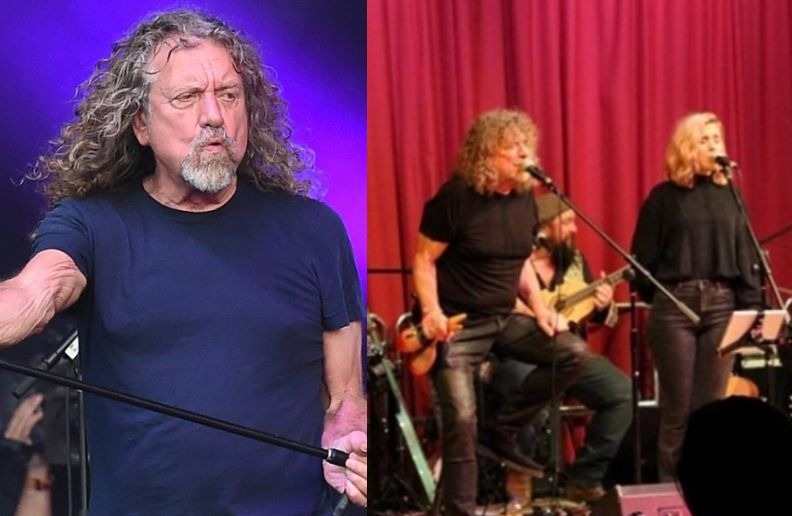 It was recently revealed that Robert Plant has a new band called Saving Grace. They did a surprise show at the end of January at the Sparc Theater in Bishop’s Castle.

Robert Plant had not publicly commented on Saving Grace. But after the presentation, the opening band Fairport Convention officially revealed the information.

“Our dear friend Robert Plant has a lovely new band called Saving Grace. He asked us if we could help them play some shows on our tour. The worst kept secret of 2019 has now been revealed.”

Plant enjoyed great success with Led Zeppelin throughout the 1970s and developed a compelling image as the charismatic rock-and-roll front man, similar to contemporaries such as Roger Daltrey of the Who, Freddie Mercury of Queen, Mick Jagger of the Rolling Stones and Jim Morrison of the Doors.

With his mane of long blond hair and powerful, bare-chested appearance, Plant helped to create the “god of rock and roll” or “rock god” archetype. Although Led Zeppelin dissolved in 1980, Plant occasionally collaborated with Jimmy Page on various projects through this period, including forming a short-lived all-star group with Page and Jeff Beck in 1984, called the Honeydrippers.

They released an album called The Honeydrippers: Volume One, and the band had a No. 3 hit with a remake of the Phil Phillips’ tune “Sea of Love”, plus a follow-up hit with a cover of Roy Brown’s “Rockin’ at Midnight”.