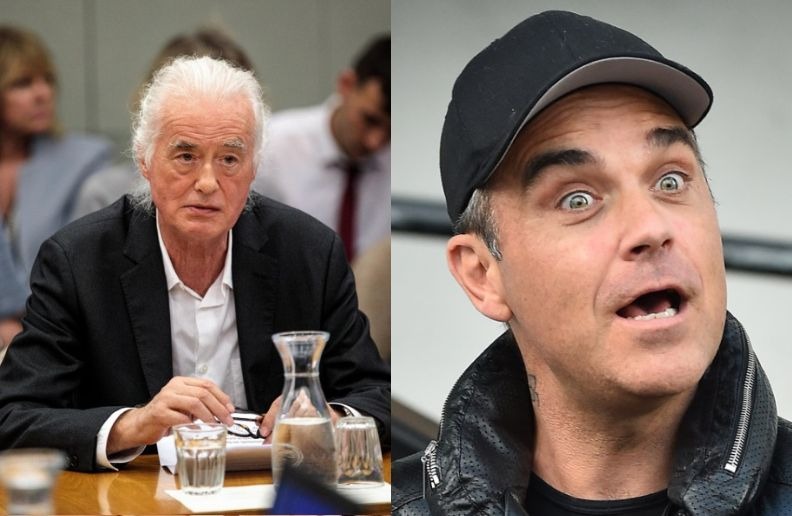 The newspaper The Telegraph reported that the singer Robbie Williams created some strange methods to annoy his neighbor Jimmy Page due to the feud over a basement extension Williams wanted to do in his house and Page said it could shake his home structures.

“The pair had been at loggerheads ever since Williams submitted plans for a basement gym and pool at his £17 million West London home five years ago.

“Page, 74, objected as he feared excavation work would damage his 1875 Grade I-listed mansion.

“The musician has lived at the property, known as Tower House and designed by William Burges, for 40 years and referred to it as ‘one of the most historic buildings in the borough.'”

Jimmy Page’s public relation Mark Borkowski said he wanted to arrange a meeting between the two this month to settle down this issues and mentioned bad behavior from Williams as a neighbor.

“The committee may not have been aware that Robbie Williams has been playing loud ’70s rock music on outside speakers when he views Jimmy Page outside his home.

“What’s been most annoying is that Mr. Williams has played rock arch-rival bands Black Sabbath, Pink Floyd, and Deep Purple.

“There have also been some reports that Robbie Williams has dressed up to imitate iconic Led Zeppelin frontman and lead singer Robert Plant.

Back in 2017, Robbie apologized to Page after comparing some of his behavior to someone with a “mental illness.”

A spokeswoman for Williams said the claims were “a complete fabrication and nonsense.”