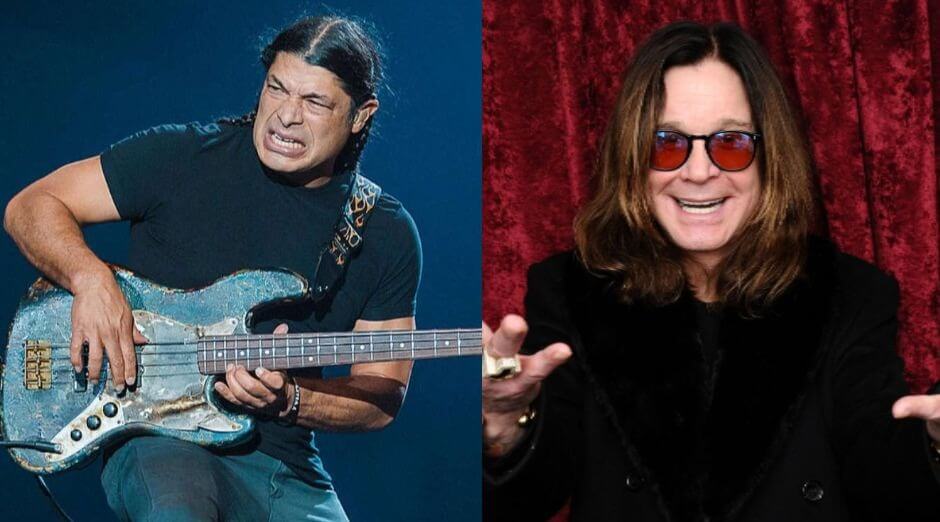 Metallica‘s bassist Rob Trujillo talked about when he saw Ozzy Osbourne for the first time. The musician revealed details of the meeting in an interview with Metal Hammer, saying it was when his ex-band Infectious Grooves was recording their album “The Plague That Makes Your Booty Move”.

Rob Trujillo said about when he saw Ozzy Osbourne for the first time:

“It was because of Infectious Grooves. I remember we were recording The Plague That Makes Your Booty Move with Mark Dodson at a studio called Devonshire, and Ozzy was in there at the same time doing No More Tears, so we were basically roommates, or studiomates for a while.”

That sounds as though it could have been pretty dangerous

“Yes! Ozzy would be running down the hallway, completely out of his mind doing a lot of stuff back then, I can’t tell you what but pretty much anything. We started thinking it’d be cool if he sang on a song, and we were on the same record label [Epic] so he came into the studio one night and surprised us all and went ‘Uh, hullo’ and we were in the middle of a mix but we were like, ‘Come on, let’s get him on now!’ [the song would later become Therapy).”

“Then suddenly he would never leave – he’d come in and go, ‘Let me hear the song, that’s what I want to play!’ and we’d dance and we’d do all this crazy stuff and he’d go, ‘Have you got any beer?’ No. ‘You got any wine?’ No. ‘You got any pills?’ No. ‘You got any cocaine?’ No, Ozzy! ‘You guys are boring!’ He still invited us to do the Theatre Of Madness tour with them in 1991 and from then we toured about a month, got to know each other a little better and eight years later I got the call, and that’s how I got to know Zakk who I’d later play with in Black Label Society.”

Tom DeLonge talks about Aliens, parallel reality and the universe
AC/DC releases rare 1981 performance of “What You Do For Money”
To Top