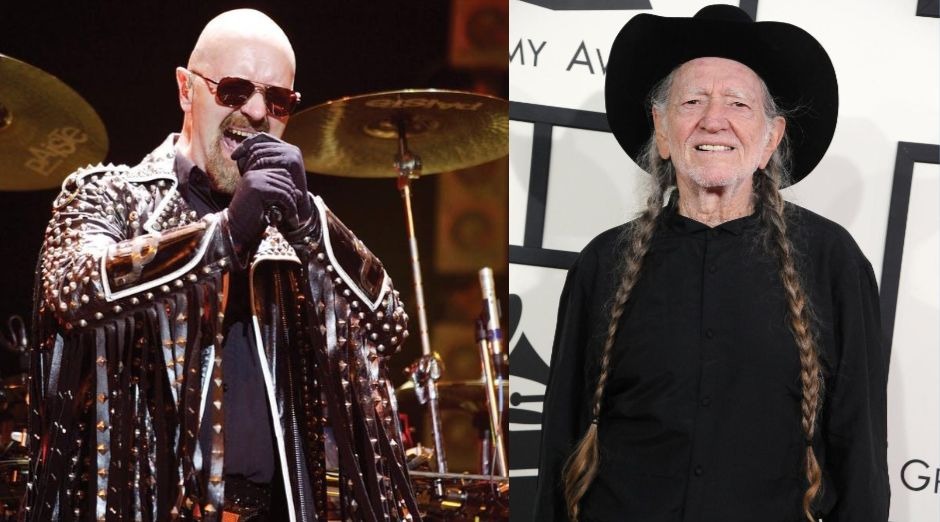 In an interview with 95.5 KLOS, Judas Priest‘, “Metal God”, Rob Halford praised the country legend Willie Nelson, saying he would like to record with the musician.

Talking about him, Halford said:

“There’s a beautiful song on this album [Rob’s upcoming festive-themed record titled “Celestial”] called ‘Morning Star,’ and I kind of put that song together pretty quickly. I was in the kitchen of my house playing acoustic guitar and this song just started to happen.

“And as I was playing it, I could hear Willie Nelson in the background singing along with me. And I thought, ‘How would this be, for The Metal God and Willie Nelson to do kind of a duet?’ And he’s like a God, right? Willie Nelson is a God.

“And as luck would have it, Willie is on the same label as I am – Sony/Legacy. So we’re trying to see if that could be a possibility. I mean, I would just be jaw on the floor; I’d be the total fanboy geek.

“You would have to give me an hour to get over the fact that Willie might be sitting there with a microphone. I would love that to happen – just because he’s special, and I love Willie.

“I love what he does with his music; I love what he does for America; I love the way he supports the farmers and the very important people that put the food on our tables here. So he’s iconic in many, many ways. So that would be great if that could happen.”

Ringo Starr and Paul McCartney release new song “Grow Old With Me”
Motörhead, Judas and Thin Lizzy are among the nominees for Rock Hall
Advertisement
To Top