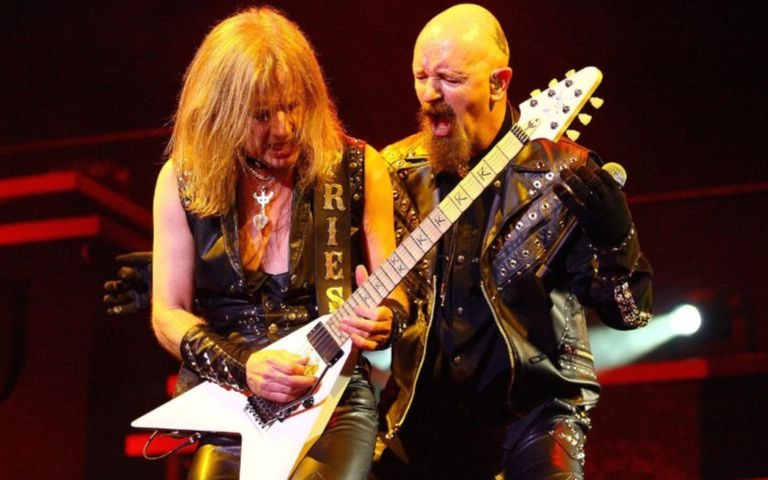 Guitarist K.K. Downing left Judas Priest in 2011 because of internal conflicts and was replaced by Richie Faulkner. Since then, the weather does not seem to be the coolest, and invariably Downing shoots something at the former partners. Now, Rob Halford talked about the matter.

Despite trying in any way to nullify its return possibilities, it seems that a (not so bright) light exists (right) at the end of the tunnel. Rob Halford, in a recent Q&A session during his appearance at Alice Cooper’s Solid Rock Teen Center in Phoenix, Arizona, on August 23, was asked whether the founding member might ever return to Priest.

“It’s an emotionally charged issue,” Halford told Sleaze Roxx. The singer, who turned 68 last Sunday, adds: “It’s like ‘Why isn’t Ace Frehley back at KISS?’ “I think what’s going to happen is going to happen. I know it’s kind of a foggy answer. I like being as honest as possible. I think being honest is a great way to live your life, and I don’t want to send messy messages.”

Even if a return seems impossible, we can only wait for the next chapters of this novel, which does not seem to have such a close ending.