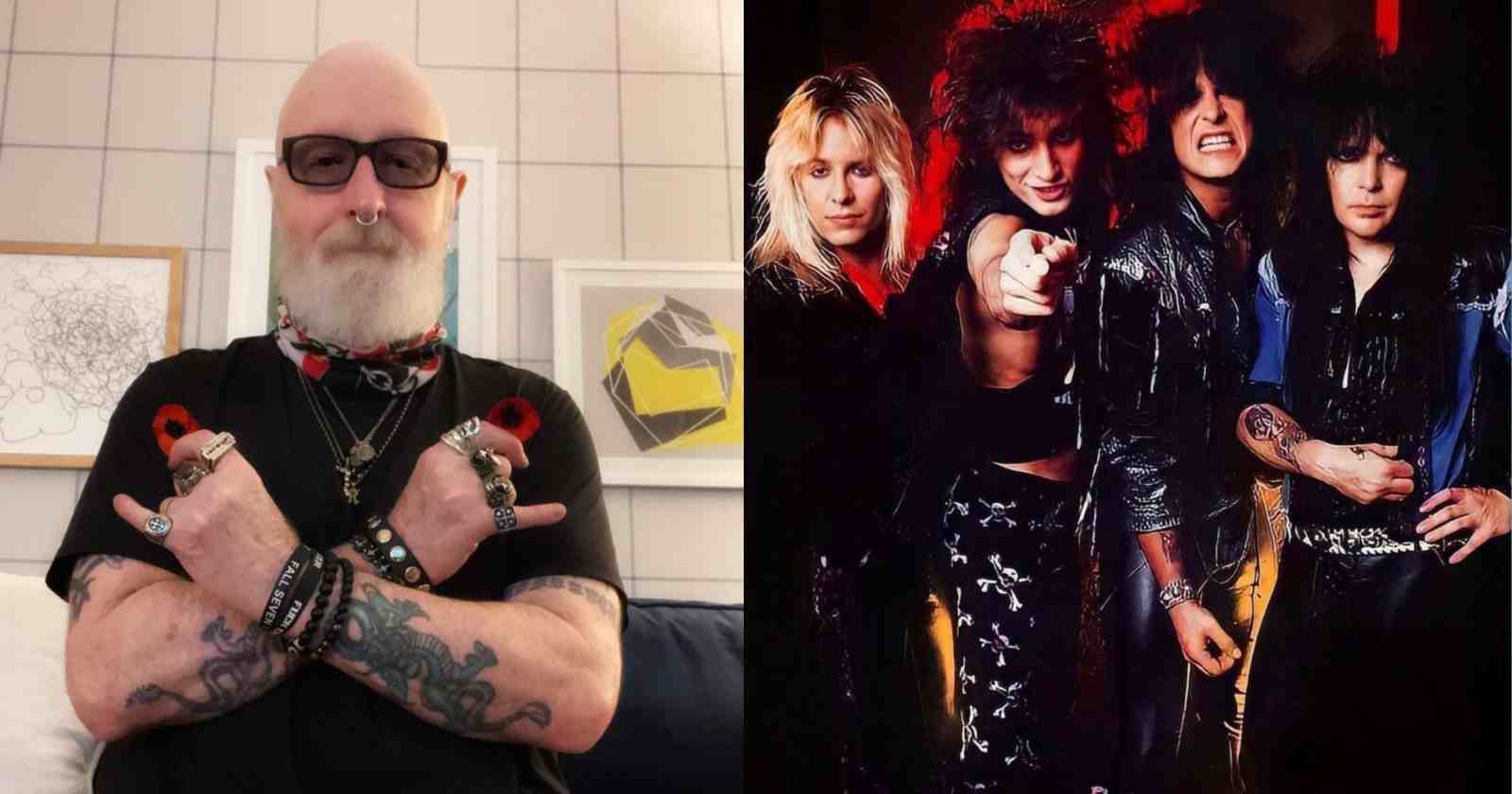 The Judas Priest vocalist Rob Halford talked in an interview with Ultimate Classic Rock about the Glam Rock movement from the 80s that had bands like Mötley Crüe, Cinderella, Poison, Skid Row and more. The musician shared his love for those bands and reflected on how the bands looked like at the time.

Rob Halford talks about Glam Rock bands from the 80s

When asked by the interviewer if there was a poster of Mötley Crüe behind him, the musician said it was and that he also had one from Guns N’ Roses. “When you think about the glam rock movement, what it was, specifically, two bands that really pushed that for me were Motley Crue and Poison. To some effect, Cinderella, maybe some Winger, L.A. Guns. There was a lot of stuff coming through at that moment in the Glam Rock era. Definitely Sebastian, you know, when guys looked like girls, he said with a smile on his face. And that worked.”

“I could never quite figure that out, because of the homophobic stuff that was going on in the ’80s. And there’s all these guys with makeup on, looking … I have to watch my words here, but you know what I’m saying? Looking in a specific way, that everybody else is like, “Yeah, man, they’re really hardcore,” and all that kind of stuff. And then me as a closeted gay man, it’s like, “Am I missing something here?”

“How am I not able to come out for fear of losing my career and my band, but these guys are going out there looking like they do, and everybody’s falling over them?” Not everybody, but, you know, just the general perception of the imagery was just, everybody has to look that way. Everybody has to dress that way. It [was] a remarkable time in heavy metal and rock to think about in a broader sense,” Rob Halford said.

Rock and Roll Hall Of Fame and new book

This November Rob Halford will be inducted into the Rock and Roll Hall Of Fame as a member of Judas Priest. The musician recently released the book “Biblical”, that is defined as “an encyclopedia and manifesto in which he shares his opinions, memories, and anecdotes regarding every element of the rock and roll work and lifestyle from tours to tattoos, riffs to riders, and drugs to devil horns.”