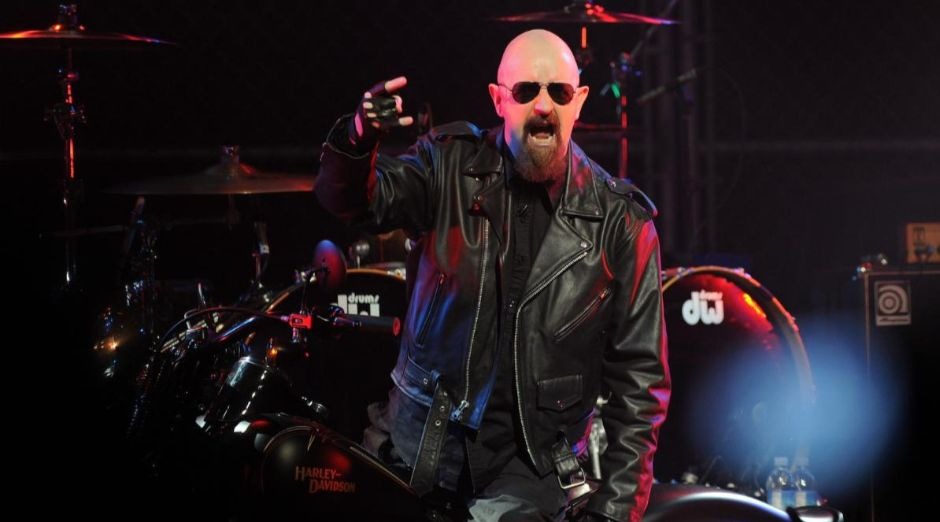 Judas Priest singer Rob Halford will release his autobiography called Confess and revealed an excerpt of the upcoming book to Metal Hammer. One of the parts released recalls when Judas Priest started using leather back in the 70s.

“The other main change in Priest-world during the course of 1978 was the complete and total revamp of our image. Ken had the idea, and I quickly bought into it. He and I went down to London and got fitted for bespoke leather outfits. Ken reckons as soon as the guy took my inside leg, I was up for it, but I like to think I’m not quite that cheap. Not quite. When we got back to Walsall and showed the others our new black leather cut-off shirts and trousers, they were all into the idea. So, we all trekked down to London again to order the gear.”

“Some of the outfitters we visited were hilarious. One place in Soho was run by a tall, very camp, middle-aged queen with long hair and a Guy Fawkes-like goatee beard. Every time we went into his shop, he would pirouette and clap his hands with excitement.”

‘Yay! Here they are, my boys!’ he’d squeal. His party piece was doing an impressive Tiller Girls kick – his foot would go way up over his head. ‘Not bad for a man of fifty-eight, eh, boys?’ he’d ask us. I had to give it to him, he was very flexible… and quite possibly double-jointed.”

“Suzi Watkins, a Canadian who worked at Arnakata, took us to an S&M and fetish shop in Wandsworth. As well as leather trousers, caps, boots and wristbands, it had cock rings, chains and whips! I thought that one or two of the Priest lads looked a little uncomfortable in there.”

“Our leather-and-studs image came together gradually over the next few weeks and felt very natural. I thought we were channelling all sorts of things, from macho culture to Marlon Brando, but the end result was that suddenly we looked like a heavy metal band.”

“The biggest myth about this new stage gear is that I had somehow masterminded the image as a cover and a vent for my homosexuality – that I was getting a thrill from dressing on stage as I’d like to dress in the street, or the bedroom.”

“This is utter bollocks. I had no interest in S&M, domination or the whole queer subcult of leather and chains. It just didn’t do it for me. My sexual preference was for men, sure, but I was – and still am – pretty vanilla. I’ve never used a whip in the boudoir in my life. Or, have I? Hang on, let me think for a minute…”

“Les was the slowest to fall into line with our new look. He didn’t seem to have got the memo. We would turn up for photo shoots with Ken, Glenn, Ian and I clad head to toe in leather, and Les would be grinning away in jeans and a scruffy cowboy shirt.”

“It did my head in: Les! We’re trying to get an image together here! But I never knew how to broach the topic with him. At least he’s hidden behind the drums, I thought. Eventually, he half-heartedly fell into line and bought himself a biker jacket. Our fans, male and female, certainly didn’t detect any secret, cryptic gay element to our new image. They just thought we looked macho, and butch, and alpha male. Imitation outfits started springing up in our crowds, a sure sign that the look was a success.”

“I must admit, I still occasionally look back at Priest photos of that late seventies era, and suspect that they were our Shirley Bassey leather years. But that is probably just me being me,” Rob Halford said.