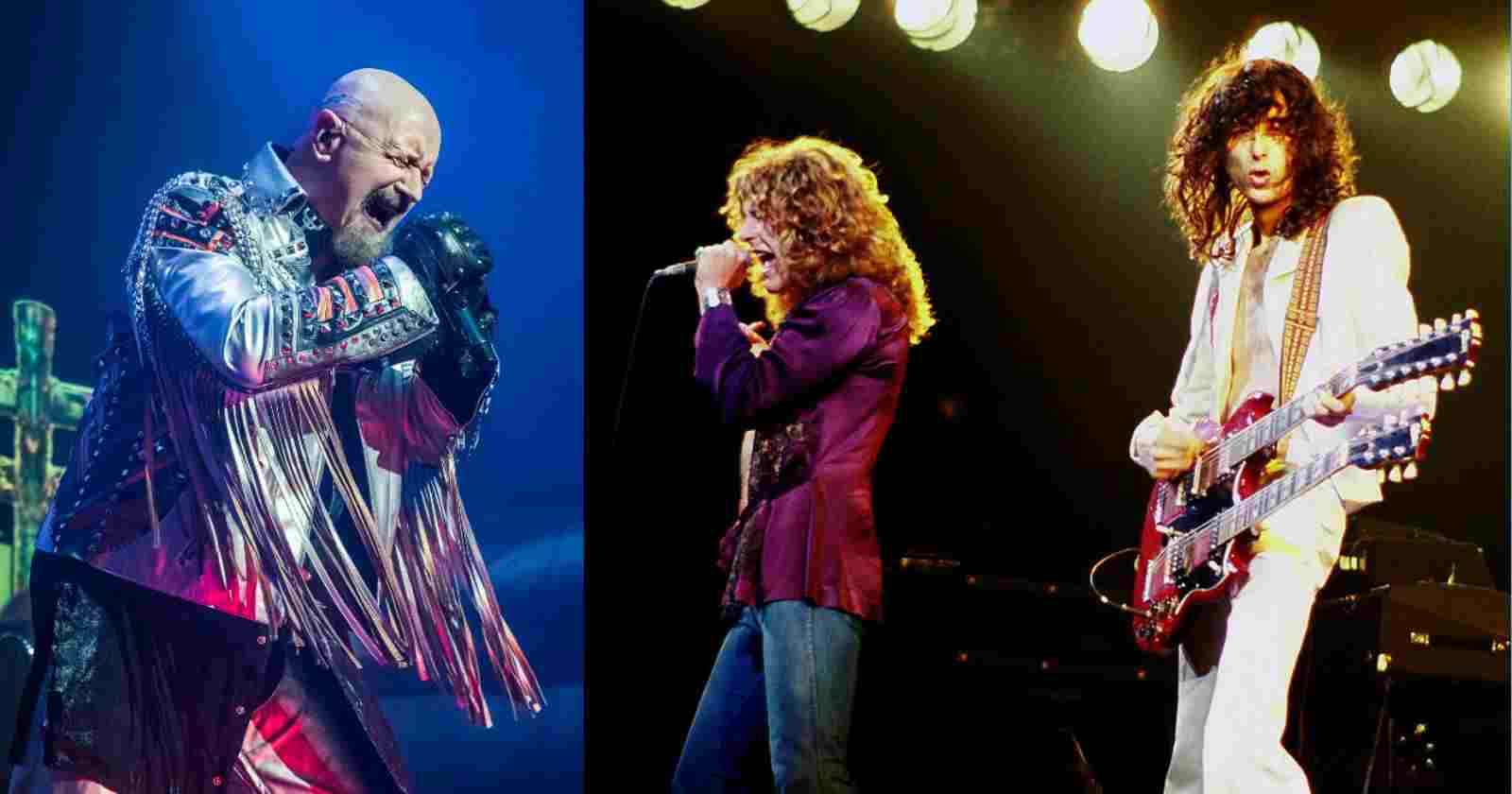 Judas Priest vocalist Rob Halford recalled in an interview with In the Trenches with Ryan Roxie, when the band opened for Led Zeppelin back in 1977. The musician talked about what Robert Plant had to say.

“It was just an incredible end of the tour experience for us because Priest has been on the road for months, man. We’ve been slugging away like all musicians need to do. It’s like serving an apprenticeship if you will, learning about your band, your music, the fans that you meet around, in this particular case America. We’ve been on the road for months playing five-six shows, sometimes seven shows a week, and then traveling overnight between gigs.

“So we were almost coming to the end, and then word came to us through management that Robert Plant had said, ‘Hey, I hear Priest is in America. We would love them to open up for us at A Day of the Green.’

“This is insane! First, it’s one of our first tours to America, which is a big thrill for any band, and then to have this coming over because we’re all massive, mad Zeppelin fans… We’re like, ‘We are there! Tell us what!’ So it turns out that it was two weeks later, so we had to get a cheap, run-down motel by the freeway with a green swimming pool, and just camp out there for a couple of weeks with 18-wheelers going by 24/7, the room shaking, the bed shaking…

“And I remember we went up there and the fog was still rolling enough like it does, and we could see thousands of people in the general missionary on the floor and they’re all screaming and yelling, and so forth.

“And then the fog lifts, and then you see it’s crazy! It’s 10 o’clock in the morning, and there’s, like, 80,000 people there! We had two shows like that back-to-back. And I got to say that for us, for Priest, that was a very important moment, and breaking us in California to a great extent because everybody came from all over to that particular show.”