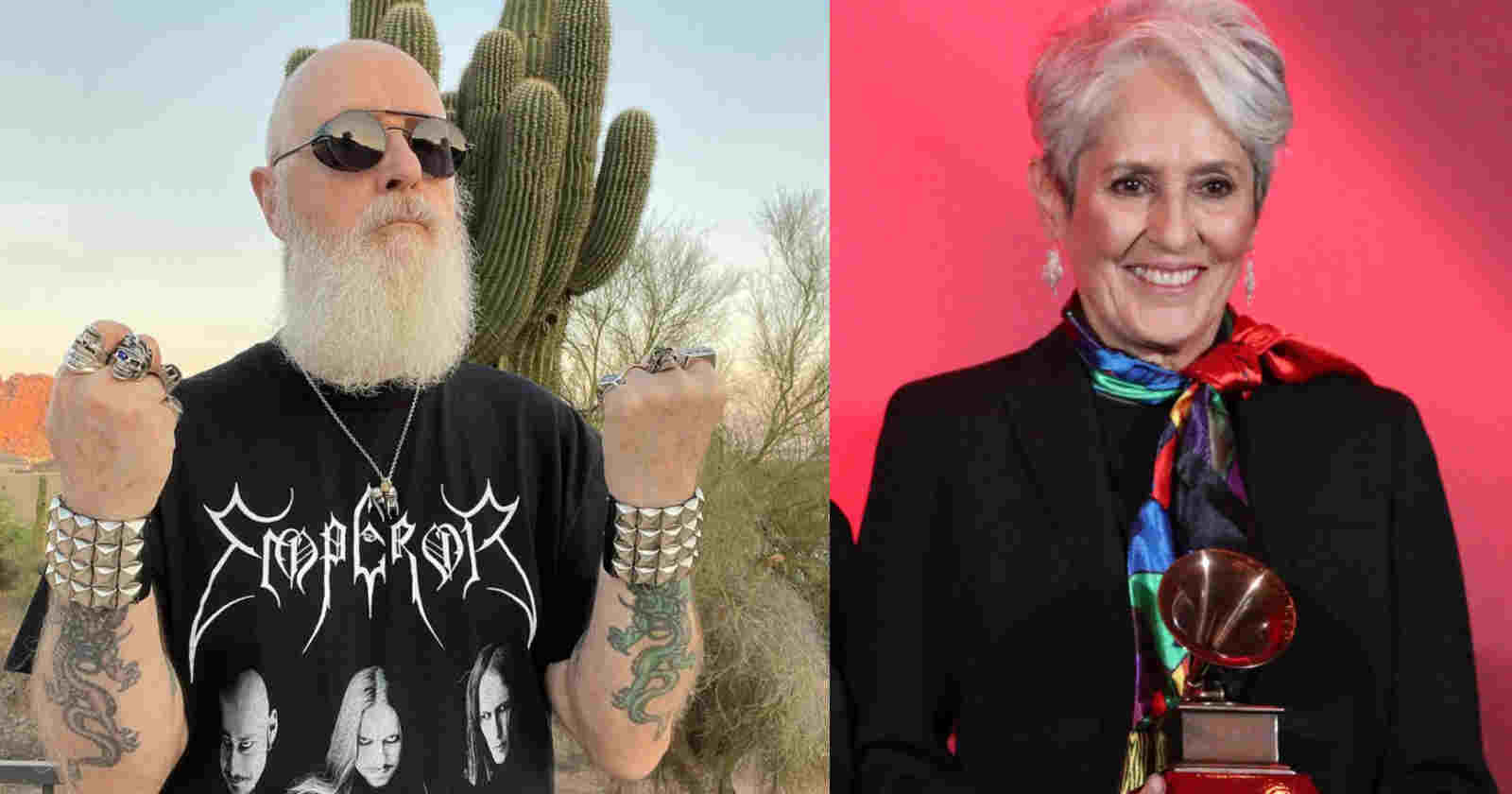 Judas Priest vocalist Rob Halford recalled in an interview with Dr. Dot the first time he met Joan Baez, the original singer of “Diamonds and Rust”, song covered by Priest on the album Sin After Sin (1977).

“[1985’s] Live Aid in Philadelphia was the day that Joan Baez was walking to the trailer that I’m doing interviews, finishing interviews with, and Joan Baez is walking towards me, waving, and I’m going, ‘Oh my god, she’s going to come and kick my ass about the way we treated ‘Diamonds and Rust!'”

“And she gives me a hug, we’re hooking each other, I say, ‘I’m so so excited and thrilled! God, you’re a legend, Joan. And the things that you’ve done…’ She goes, ‘Thank you so much, I just wanted to let you know that when my son knew that I was going to be playing on Live Aid and you were going to be performing as well, he said, ‘Please tell Rob and the guys from Priest that I loved their version of ‘Diamonds and Rust’ better than my mum’s version.”

“How sweet is that? How cool is that? This legend, this iconic figure that makes such beautiful things! It was a thrill to meet Joan Baez, firstly. But the quick story on that was the band was slowly making marks in the United States, and our label has said, ‘Guys, if we can get a song that we can send to rock ‘n’ roll radio, that’ll really give you a boost.'”

“We didn’t really have anything so that’s when somebody at the label suggested this song. And the first time we heard the track, we were in a very famous studio called Rockfield Studios in Monmouthshire back in the UK, and we knew this song was coming.”

“So we all sit around a record player and put it on, and then Joan starts singing, and then we go, ‘Are they having a laugh? What is this?’ And then we listened again and then we got it, ‘Oh yeah, now we got it. This is an incredible song, this song will take the Priest’s interpretation.'”

“Some bands that are doing well will suddenly decide to do a cover, whether it’s David [Draiman] from Disturbed with ‘The Sound of Silence,’ or Ivan [Moody] and the guys from Death Punch will do a Bad Company song…”

“Elton John did ‘It’s a Sin’ by The Pet Shop Boys… There are millions of songs out there just screaming for a new interpretation. So yeah, that’s the story of ‘Diamonds and Rust.’ There are all these great opportunities to help you just open the door a little bit wider, just to bring people in. And that’s the exercise, it’s an homage to the original song but it’s also what else have you got, and then people will go to you, to the music that you were making.”