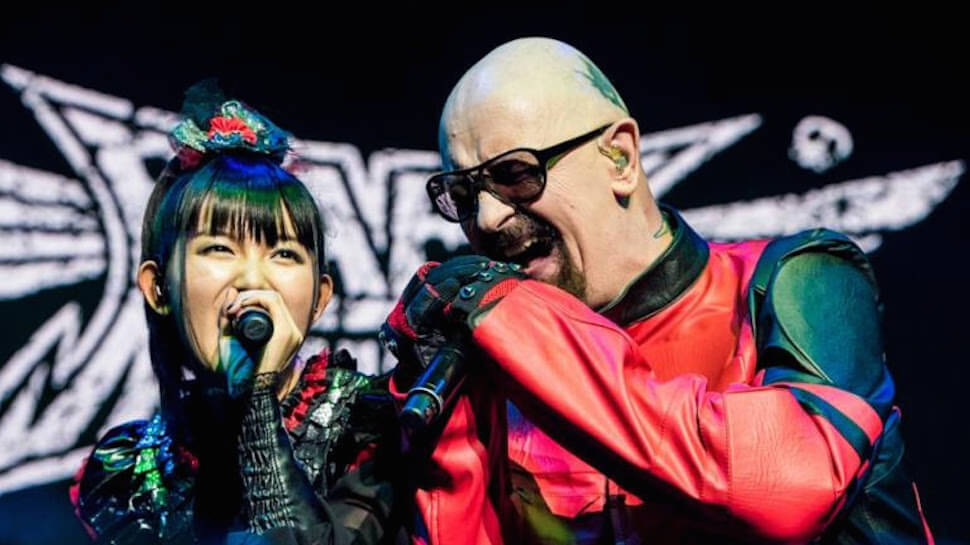 “I think Babymetal are one of the most unique metal experiences in the world right now. Not only their appearances, and their style and everything that surrounds them visually but they’re an incredible band as well.

“I met the band a couple of years ago in America and they’re so passionate about metal, they know everything about metal music and they’ve created a very special feeling and experience within the entire world of metal.

“They work extremely hard to create something unique and I think it’s paying off and they’re doing such an amazing job.

“In fact, I was watching the new music video for ‘Starlight’ and even with one member leaving, they still sound great.”

Babymetal are a Japanese kawaii metal band. Originally consisting of Suzuka Nakamoto as “Su-metal”, Yui Mizuno as “Yuimetal”, and Moa Kikuchi as “Moametal”, the band was formed with the concept of a fusion of the heavy metal and Japanese idol genres. The band is managed by Kobametal from the Amuse talent agency. Their vocals are backed by heavy metal instrumentation played by the Kami Band during live performances.