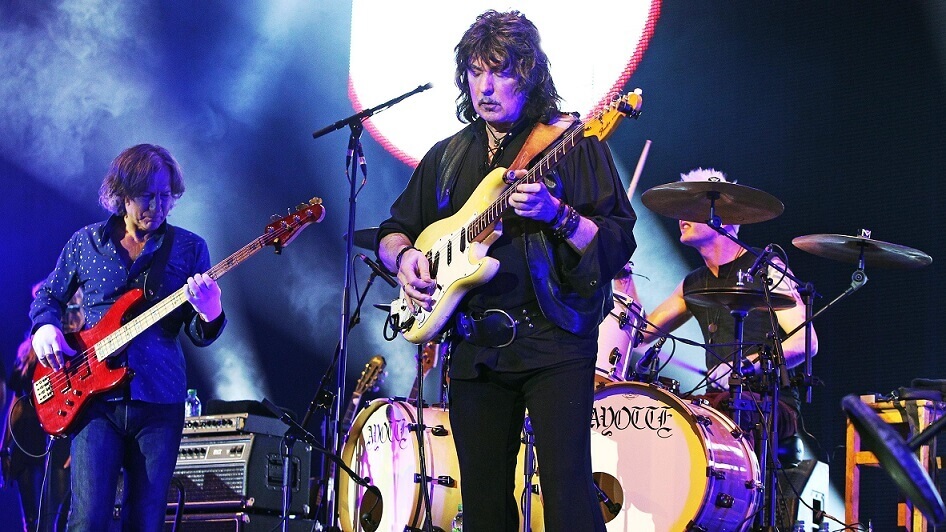 The legendary guitarist Ritchie Blackmore talked with Billboard about his return to rock and roll with the new version of Rainbow. But he said that he still enjoy more playing renaissance music than rock. 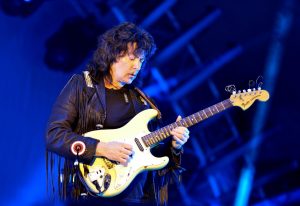 What led you back to rock, and Rainbow, again?

“It was kind of like I was 70, and I just felt like playing some rock ‘n’ roll on a few dates. So I basically put together the right players to do a few shows, just playing the old rock stuff, Purple stuff and Rainbow. I was doing it, one, for the fans and, two, for the nostalgia, and the singer I found [Ronnie Romero] is very exciting. Candice found him on YouTube, so I auditioned him and he passed. He’s got a great voice, a cross between, like, Dio meets Freddie Mercury. So this would mean kind of exposing a new singer to the masses, and I’m sure he’ll become pretty famous because of his voice, so that was interesting.”

How has it felt returning to that band and that particular musical style?

“It is good fun. We wrote some good songs back then. It’s always nice to kind of blast out on the Stratocaster for a while. But I still prefer the music of Blackmore’s Night because it’s so far-reaching and the spectrum of musical stuff is so more vast than being in a rock band. But at the same time I knew there were a lot of fans that wanted to hear the old Rainbow songs, so I did six weeks on the road playing rock ‘n’ roll and then did the more classically inclined acoustic music.” 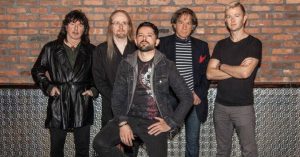 What’s the biggest difference between the two?

“The [Blackmore’s Night] stuff is murder on the hands! [Laughs] Those instruments are very demanding, physically, to play.”

Was there a time you’d written off the idea of playing in a rock band altogether?

“No. I just wanted to pursue other avenues of music, especially Renaissance, which is still my main music that I listen to and play.” 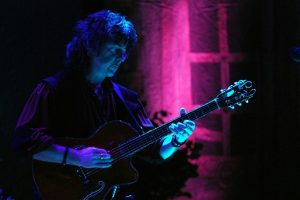 Glenn Hughes has said you invited him to be part of the new Rainbow but he declined. Is that true?

“Through a mutual friend, a conversation came up saying it would be good to have him in the band. I said, ‘Would he be up for being just the bass player and we would have another singer singing?’ My mutual friend said ‘Of course! I’ve spoken to him and he’s up for it.’ I said, ‘Fine – as long as he knows he isn’t the singer, that’s great.’ Fast forward to day before rehearsals and we contacted Glenn to see when he was going to fly in, and he wasn’t aware that he wasn’t going to be the lead singer at all. So I understood his situation and I told him we would have to get someone else, and he was fine. We ended it amicably before it even started.”