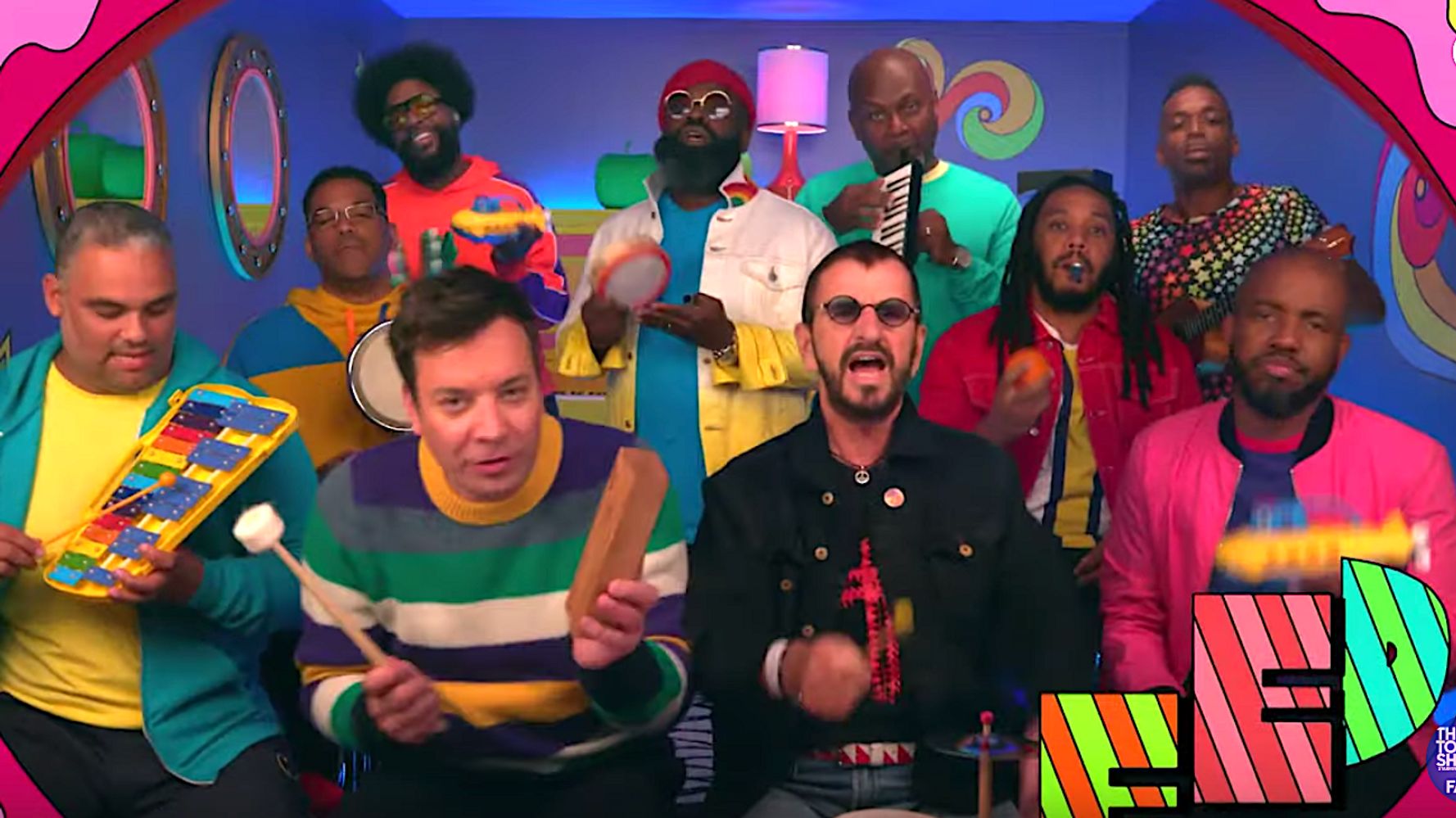 Ringo Starr participated in a musical performance on The Tonight Show Starring Jimmy Fallon, where he joined the band Roots to play The Beatles hit song “Yellow Submarine” with kids instruments.

The former beatle was in charge of the vocals and the small drums. Already the host of the program took turns between a drum, a block of wood, horns and a kazoo. The Roots got the xylophone, keyboard and rattles to complete the percussion of the song.

In a good mood, the video was edited to resemble the legendary Beatles video, in which the musicians appear as cartoons. The fun tribute featured lots of colors, special effects and even an animated version of Fallon and Starr sailing with fish under the sea.

Ringo will release the album What’s My Name on October 25th. Recorded at the musician’s own home, the album will feature Paul McCartney‘s special guest appearance on the song “Grow Old with Me,” one of the last songs written by John Lennon.