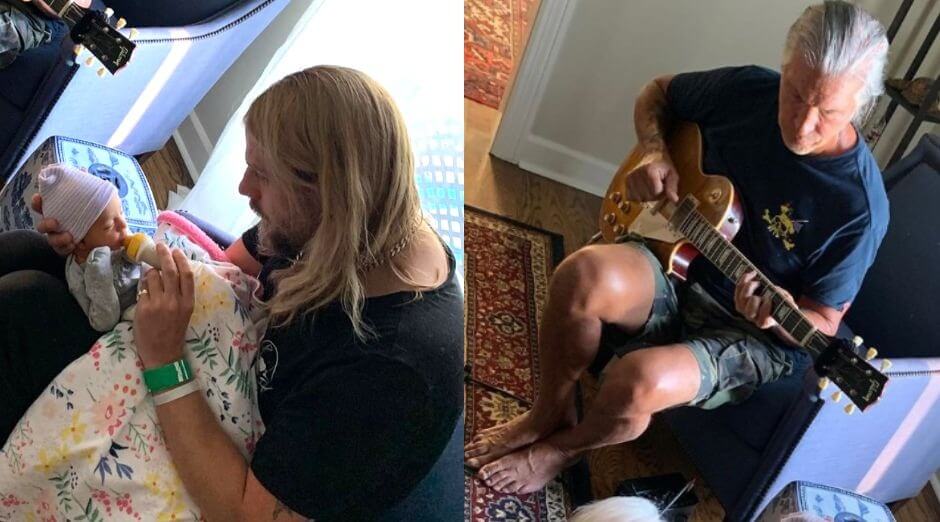 Judas Priest’s Richie Faulkner first child with George Lynch’s (Dokken, Lynch Mob) daughter Mariah Lynch was born. George shared the news of his fifth grandchild’s arrival on his Instagram. The photo shows him playing guitar while Faulkner feeds the baby. Mariah and Richie didn’t talked about the birth of the baby on their social networks.

George Lynch said about his grandson:

George Lynch would like to be Judas Priest’s guitarist

Back in March the renowned guitarist for the Dokken and Lynch Mob, expressed his desire to play with Judas Priest.

“To this day, I love Priest. I wanted them to call me and hire me. Glenn Tipton, hello? ”, Lynch stated. The possibility of joining Judas Priest comes from the departure of guitarist Glenn Tipton, due to Parkinson’s disease.

Bassist Ian Hill, however, has already expressed his satisfaction with the producer’s performance, and that the decision of which path to take is up to Sneap. Judas Priest rescheduled all their 50th anniversary world tour due to the Covid-19 pandemic. They would tour alongside progressive hard rock band Uriah Heep.