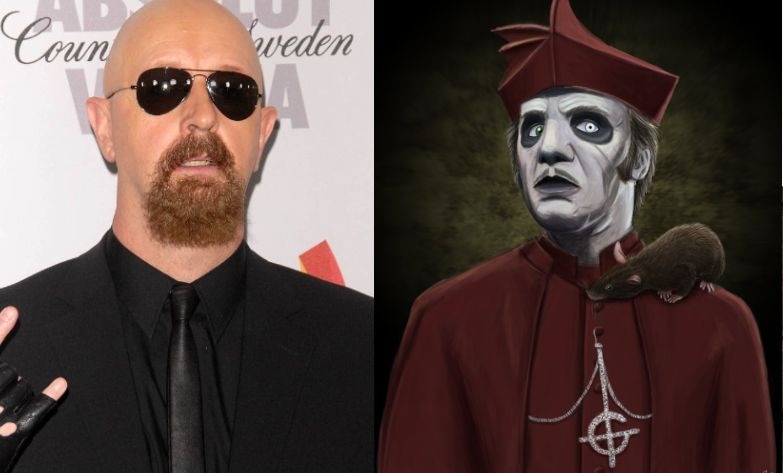 Below is the list of best albums of the year 2018 chosen by Revolver magazine. And in your opinion? Which were the best?

Prequelle is the fourth studio album by Swedish rock band Ghost. It was released on June 1, 2018 and produced by Tom Dalgety. The album’s first single, “Rats”, was released ahead of the album on April 13, and as of July 28th, had peaked at number one for seven weeks on the Billboard Mainstream Rock Songs chart. The album marked the band’s strongest selling debut to date, landing at number 3 on the Billboard 200, selling 66,000 copies in its first week, with 61,000 of those being “traditional” album sales.

Vein is a hardcore band from Boston, Massachusetts that formed in 2013. They are known for their frequent tours and have performed shows with groups such as Code Orange and Twitching Tongues while in Europe.  In 2017 the band was signed onto Closed Casket Activities, who would issue their first full-length work Errorzone to warm reception among critics, even appearing on Revolvers early “Best Albums of 2018” list. The album also managed to peak at #21 in Billboard charts’ Hard Rock album chart.

Turnstile is an American hardcore punk band from Baltimore, Maryland, formed in 2010. They have released 3 EPs and two studio albums.

Firepower is the eighteenth studio album by Judas Priest. It is the first studio album since 1988’s Ram It Down to be produced by Tom Allom, and the first one with Andy Sneap as co-producer. The album sold around 49,000 copies in the United States within its first week of release, debuting at No. 5 on the Billboard 200 chart, making it the band’s highest-charting album in the US. Music videos were made for “Lightning Strike”, “Spectre” and “No Surrender”.

The Sciences is the fourth studio album by American doom metal band Sleep. The album was released with little warning on April 20, 2018 through Third Man Records. It was the band’s first full-length album since Dopesmoker (2003) on which the song “Sonic Titan” appeared as a live bonus track.

Just a month after the release of The Sciences, Sleep released the non-album song “Leagues Beneath” through Adult Swim’s 2017 weekly single series.

Brexit: Bruce Dickinson supports, Ozzy doesn’t even know what is this
Media links man who murdered wife and daughters with Metallica
To Top